Achondroplasia is a genetic disorder which is a leading causes of dwarfism.

In this autosomal dominant condition, a single missense mutation in one of the two Fibroblast Growth Factor Receptor gene 3 (FGFR3) causes the disorder. Individuals with achondroplasia have one normal and one mutant FGFR3 gene. Two copies of the mutant gene are fatal either before birth or, shortly afterwards.

In normal individuals, the FGFR3 gene has a suppressive effect on the development of bones.In case of a mutation, these receptor genes work in an uncontrolled manner. Mitosis is promoted, while cell diffrentiation is hampered due to the enhanced functioning of the FGFR3 gene. This causes insufficient development and premature ossification of bones, leading to the typical cranio-facial and spinal abnormalities resulting in dwarfism.

These individuals are different from the hormonally deficient dwarfs, who are well propotioned.

The incidence of occurrence of this genetic defect is 1 in 25,000 individuals. Surprisingly, those individuals who survive through the first year after birth grow to become healthy adults with normal intelligence. The mortality rate in these individuals is double that in the general population.

Studies in this subject show that there is a correlation between paternal age and the birth of a child with Achondroplasia, as there are several studies, which confirm the presence of the mutant gene on the paternal chromosome.

Diagnosis is easily carried out based on the characteristic phenotype. X-ray and molecular biology techniques, like RFLP, help to confirm the diagnosis.

Treatment through new techniques, like the Distraction Osteogenesis otherwise known as Ilizarov technique, is being researched whereby a few inches can be added to a persons height. Growth hormone therapy and gene therapy are other options that are being considered. 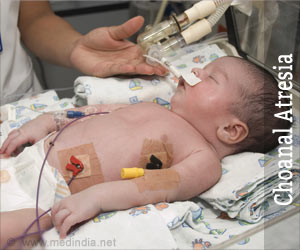