Viruses, mainly rotavirus and bacteria mainly E. coli, Shigella and Campylobacter account for most of the gastroenteritis infections in children. Although less common, protozoan parasites such as Giardia lamblia and Entamoeba histolytica also cause gastroenteritis, but mostly in children.

In adults, Norovirus and Campylobacter species are responsible for most of the gastroenteritis infections worldwide.

Symptoms of gastroenteritis are watery diarrhea and vomiting accompanied with abdominal cramps or pain in abdomen. Other symptoms like fever, chills, fatigue, headache and muscle pain may occur in isolated cases.

Dehydration is very common in gastroenteritis. Signs of dehydration include feeling of excessive thirst, dry skin, infrequent urination or very dark-colored urine, lethargy and tiredness, dizziness, or faintness. Infants, young children, old people, and people with weak immune system are at maximum risk of getting dehydrated.

Gastroenteritis is highly contagious and is transmitted from one person to another. The spread of viral gastroenteritis can be prevented by taking precautionary measures such as washing the hands thoroughly with soap and warm water for 20 seconds after using the toilet or changing diapers and always before eating or handling food.

A number of parasitic protozoans also cause gastroenteritis especially in children, the most common being Giardia lamblia. Other species including Entamoeba histolytica and Cryptosporidium species have also been implicated with diarrhea and gastroenteritis in children.

The key symptoms of gastroenteritis are watery diarrhea and vomiting, often accompanied with either abdominal cramps or abdominal pain. Other symptoms include fever, chills, fatigue, headache and muscle pain, which may or may not occur. In very rare cases, complications such as reactive arthritis (1%) or Guillain-Barre syndrome (0.1%) occur in people affected with Campylobacter infection.

Haemolytic Uremic Syndrome (HUS), a potentially dangerous condition can occur in infections with E.coli or Shigella species that produces Shiga toxins. It causes a rapid fall in the platelet counts, kidney damage, and low red blood cell counts. Children are more likely to get complications like HUS than adults.

Gastroenteritis is often clinically diagnosed on the basis of the signs and symptoms alone. However, a stool test, usually a stool culture, is recommended to find the exact causative organism for the diarrhea and to rule out any poisoning by toxic bacteria or parasites.

In case of severe dehydration, electrolytes and kidney function tests are also performed as precautionary measures to rule out complications such as Haemolytic Uremic Syndrome.

Viral gastroenteritis mostly settles down within 2-3 days without any specific treatment. However, antiemetics such as ondansetron, metoclopramide or domperidone are used to treat severe bouts of vomiting and antimotility agents such as loperamide and/or bismuth subsalicylate are used to control diarrhea. Butylscopolamine is prescribed in treating abdominal pain. Antibiotics are prescribed only in case the cause of gastroenteritis has been confirmed as bacteria or a parasitic protozoan.

The following dietary measures could be taken to prevent dehydration and help relieve the symptoms of gastroenteritis:

The following precautions may be taken to prevent the spread of infection:

Latest Publications and Research on Gastroenteritis

Study Finds Rotavirus Vaccine to Protect Against Gastroenteritis in Kids
A study has found that two doses of a rotavirus vaccine co-administered with childhood vaccines provides high protection against rotavirus gastroenteritis episodes of any severity in children.
READ MORE

Fizzy Drinks Worsen Gastroenteritis In Children
Experts say that kids suffering from diarrhea and vomiting shouldn't be given fizzy drinks, for they could make their condition worse.
READ MORE 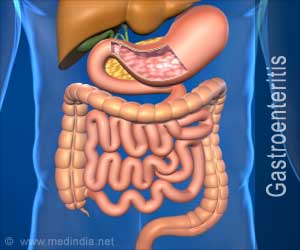 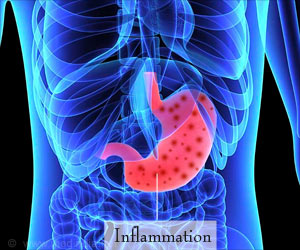 Test your Knowledge on Gastroenteritis
Gastroenteritis is a medical condition where the stomach and intestines become inflamed and is caused by viruses, bacteria or parasites. Common symptoms of gastroenteritis include diarrhea and vomiting. Dehydration is the most common problem with ...
READ MORE

Hand Sanitizers - Interesting Facts You Must Know
Hand sanitizers work by disrupting the outer coat of microbes. Improper use of hand sanitizers could give rise to antimicrobial-resistant superbugs.
READ MORE
Sign up for Wellness Consult a Doctor Sign up for Selfcare