It is a newer technology that can measure the metabolic changes inside the brain and also the abnormalities which are not possible using other conventional imaging techniques.

What is the Difference Between MRI and fMRI?

Magnetic Resonance Imaging (MRI) is the precursor of fMRI, which has been extensively used for studying anatomy of the brain. It can only capture the images of the brain. The f in front of MRI stands for functional, which ideally means that the same technique can capture images when the brain is in action.

How Does fMRI Work?

The mechanism on which both the imaging techniques work is Magnetic Resonance. It is a phenomenon in which the atoms in the body emit electromagnetic radiation in response to a magnetic field.

MRI uses a magnetic field, radiofrequency waves to capture images of the brain. fMRI also uses the same but measures the blood flow inside the brain.

Several scientists had identified that blood flow is directly related to the brain activity. In 1990, a chemist named Linus Pauling first identified that when oxygen-rich blood was exposed to a magnetic field, it behaved differently compared to oxygen-deficit blood.

The fMRI scanner consists of a large cylindrical tube comprising of a very powerful electromagnet. It has a field strength of 3 Teslas (T), which is about 50,000 times greater than the earths field.

Generally, atomic nuclei are randomly aligned but under the influence of a magnetic field, they get aligned in the direction of the field. The fMRI measures the magnetic signal from hydrogen nuclei in water (H2O).

What are the Uses of fMRI?

fMRI is commonly used by physicians to analyze the functions of the brain. They perform this technique to:

How to Prepare for an fMRI?

fMRI is a safe and a simple procedure which does not use any ionizing radiation. It can be performed on both inpatients and outpatients.

How is an fMRI Done?

The person will be placed on a movable examination table. The head of the patient is bolstered with braces to keep them still during imaging. Goggles or ear plugs will be given to measure audio-visual stimuli.

The person will be placed in the magnet of the MRI scanner and unlike MRI, the radiologist will ask the person to do certain activities such as looking at a picture, listening to sounds and answering simple questions.

The radiologist can see, speak and hear the patient. A friend or a family member will be allowed inside the scan room. Each scan lasts for about 10 minutes.

When the patient performs a task, the neuronal activity in the brain increases and the fMRI captures the changes in the hydrogen ions. A computer then processes these signals, and a radiologist interprets the series of images generated.

What are the Advantages and Disadvantages of fMRI?

There are certain disadvantages of fMRI which include,

MRI Scan of the Brain Can Reveal Your Age
Researchers found that MRI scan can be used to estimate a person's age with a maximum error of one year.
READ MORE

Scientists Reveal How Human Brain Works While Unlocking a Door
Recently, scientists discovered that there is a specific network in the human brain that helps people in using different tools or perform complex actions like inserting a key in lock.
READ MORE 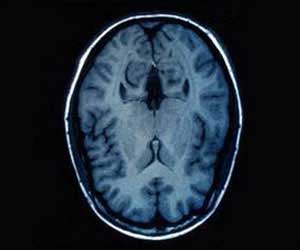 FMRI Locates Part of Brain That Suppresses Instinct
Scientists have identified regions in the brain that "fire up" when we suppress an automatic behaviour such as the urge to look at other people as we enter an elevator.
READ MORE