Oral intake of tamsulosin prior to cataract surgery is one of the significant risk factor associated with floppy iris syndrome. 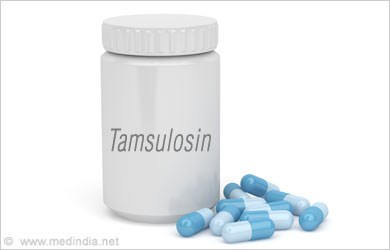 Floppy iris syndrome is a complication during cataract surgery that commonly affects those individuals who have taken oral tamsulosin, especially for benign prostatic hyperplasia.

Benign prostatic enlargement commonly affects elderly males resulting in a problem with urination. The prostate, bladder neck and urethra have some receptors (sites on which certain drugs act) called alpha 1 receptors. Blocking these receptors with alpha 1 antagonists helps to relieve the symptoms of benign prostatic enlargement and therefore these drugs are used for the purpose. However, the iris of the eye also has the same receptors. Therefore, as a side effect of these drugs, these receptors also get blocked when the drugs are taken orally. Thus, a person who takes an alpha 1 antagonist and undergoes cataract surgery may experience the ill effects of the drug on the eye, resulting in floppy iris syndrome.

Thus, floppy iris syndrome is caused by alpha 1 receptor antagonists like tamsulosin, terazosin, doxazosin, alfuzosin, prazosin and indoramine. In addition, there are other drugs which have additional alpha blocking properties and therefore are also associated with IFIS. These include:

Other drugs that have been associated with floppy iris syndrome are:

<< About
Symptoms of Floppy Iris Syndrome >>

Cataract Surgery - Animation An Illustration of the Cataract surgery that is performed to restore the sight for the patients suffering from cataract, which is a loss of transparency in the eye's lens.

Cataract - Animation An animation of how cataract of the lens can cause blurring of images on the retina.

Quiz on Eye Disorders The gift of sight is very valuable; therefore it is necessary to take good care of our eyes. Here is a quiz to check out your knowledge regarding conditions affecting the eyes. ...

Iridectomy - Surgical Procedure Iridectomy is a procedure in which an opening is made in the iris of the eye.
Sign up for Wellness Consult a Doctor Sign up for Selfcare
Advertisement
Health Topics A - Z
A B C D E F G H I J K L M N O P Q R S T U V W X Y Z