The Fibroscan test is recognized in the medical community as an established procedure to assess liver fibrosis. It received FDA approval in 2012. A simple probe is placed on the skin in between the lower ribs on the right side of the body. The probe transmits sound waves through the skin and transient elastography data are collected to estimate the degree of stiffness of the liver. Liver stiffness correlates with the amount of fibrosis, or scarring, of the liver that is present in diseases that can cause progressive liver failure.

Fibrosis is staged on a scale from I (minimal) to IV (severe), beyond which end-stage scarring, or cirrhosis, sets in. Fibroscan can reliably detect Fibrosis stages III and IV, but is less accurate in determining stages I and II. The interpretation of Fibroscan results is automated and therefore quite simple, but the procedure must achieve a quality threshold (6/10 or greater reliable readings per session) in order to produce a reliable and reportable result. It is a painless procedure and is useful in guiding doctors as to when to perform a more invasive liver biopsy. 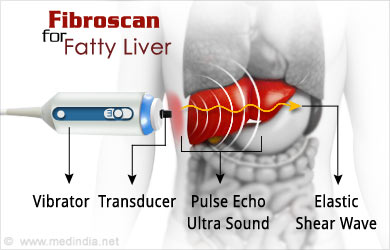 More recently, Fibroscan has incorporated the technique of CAP (Controlled Attenuation Parameter) to estimate the degree of fatty infiltration in the liver. As with fibrosis, the technique is reasonably accurate in determining moderate to severe fatty liver disease, but accuracy diminishes with very early fatty infiltration. In addition, the technique is more difficult to perform in obese individuals, with reported failure rates (non-diagnostic test results) as high as 50%. Nonetheless, noninvasive assessment of fatty liver disease is an exciting and evolving field with continuous improvements in sensitivity and specificity.

Having a non-invasive tool for assessment of fatty liver disease promises to allow for point-of-care screening and serial exams to gauge progression of disease. Early fatty liver disease is reversible with dietary changes and exercise, but as fibrosis sets in, the liver disease becomes more serious and progressively irreversible. So, a monitoring device such as Fibroscan can measure response to lifestyle changes and rationally direct the need for liver biopsy when more serious disease is present.

Fatty liver disease is caused by a combination of genetic predisposition, poor diet and lack of exercise. It is a component of Metabolic Syndrome (obesity, diabetes, high blood pressure, and abnormal cholesterol levels) but can be present in nonobese and nondiabetic people, suggesting an as of yet unknown genetic component. Overeating, eating foods high in sugar and fat, and a sedentary lifestyle all greatly increase ones risk of developing fatty liver disease. 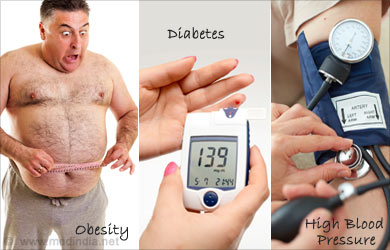 A high index of suspicion is often necessary to diagnose fatty liver disease. Moderate elevations in liver function peripheral blood tests (AST, ALT, INR, bilirubin) might be seen with NASH. Current imaging techniques to detect fatty liver and NASH include ultrasound, CT, and MRI. All of these modalities can detect advanced cirrhosis and cancer, but they are insensitive for early stages. The gold standard is to perform a liver biopsy, but liver biopsy results interpretation are subject to errors in perhaps 5-10% of cases. The procedure is also uncomfortable and carries risks of bleeding and infection, but when a definitive diagnosis is required, the benefits of biopsy outweigh the risks. 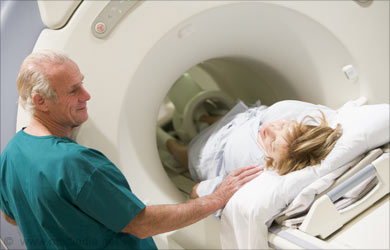 In its earliest stage, that is, the simple accumulation of fat droplets within liver cells (or steatosis), fatty liver disease is reversible with diet and exercise. When fibrosis and inflammation set it (NASH), the risk for developing cirrhosis increases significantly. Cirrhosis can progress to end stage liver disease or liver cancer, requiring liver transplant or surgical resection of a tumor. Early and moderate cirrhosis complications can be managed medically by a knowledgeable gastroenterologist or hepatologist. Interventions include diuretics to decrease ascites, oral nonabsorbable antibiotics to control hepatic encephalopathy, and low dose blood pressure medicine (beta-blockers) to decrease the risk of gastrointestinal bleeding. Esophageal varices (thin walled blood vessels in the esophagous that are prone to sudden, massive bleeding) can be managed with endoscopic banding/sclerosis or a minimally invasive shunt procedure (Transjugular Intrahepatic Porto Systemic Shunt, or TIPS). 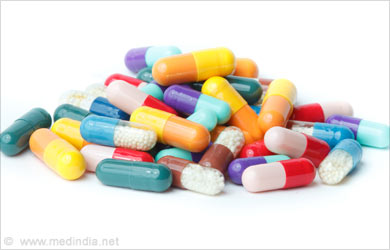 New Alternative to Liver Biopsy may Help Detect Cirrhosis A new non-invasive alternative to liver biopsy has proved to be very reliable for the diagnosis of liver cirrhosis, according to a new study

New Technique Mooted for Liver Stiffness Measurements in Transient Elastography It has become important to develop an alternative to biopsy so as to be able to manage the increasing number of patients with liver disease.

Quiz on Liver How many of us know that the liver is a vital organ the size of an American Football? To understand more about the liver and its functions spend a few minutes taking part in this ...

Retroperitoneal Fibrosis / Ormond's Disease Retroperitoneal fibrosis or Ormond's disease a rare disorder occurs when extra fibrous tissue forms in the area behind the stomach and intestines.