The cause of fibromyalgia is not well known. Research suggests that the brain of fibromyalgic patients is extremely sensitive to pain due to a disturbance in pain perception in them.

There maybe multiple inter-related causes for Fibromyalgia. In summary they maybe classifieds under-

The trigger for the above maybe related to

Stress is a major factor that can precipitate Fibromyalgia. Medically it is known that stress can affect the hypothalamic-pituitary-adrenal axis (link between the brain and our hormonal glands) axis and bring about changes in the cortisol level, triggering pain.

Osteitis deformans, or Pagets disease of the bone, is the deformity of the bone. Symptoms include severe bone pain, bowing of legs, deafness, facial paralysis and spinal deformities.

Ankylosing spondylitis is a rheumatic disease that causes arthritis of the spine and sacro iliac joint.

A patient with myofascial syndrome suffers from pain at trigger points, which is referred to other parts. 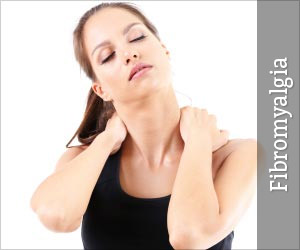 Ademetionine is used for treating chronic liver disease such as intrahepatic cholestasis, a condition related to reduced ...

This combination medication is used to relieve moderate to severe pain. The drug decreases the substances that cause pain ...

This medication is a muscle relaxant, for the relief of discomfort associated with acute, painful musculoskeletal ...

This medication is a muscle relaxant, prescribed for muscle spasm and the resulting pain or discomfort. It is used in ...

This medication is an expectorant, prescribed for chest congestion. It promotes lower respiratory tract drainage by thinning ...