Inheritance and Genetics in Fahrs Syndrome

The molecular genetics of Fahrs syndrome is under-researched, therefore molecular and genetic evidence is limited. However, the gene IBGC1 has been identified as one of those causing idiopathic basal ganglia calcification. A second locus for the genetic pathophysiology of Fahrs is identified as chromosome 8 and chromosome 2. Fahrs syndrome usually affects individuals in their 40s and 50s though it may sometimes occur in childhood or adolescence. The disease prevalence is less than 1 in 1,000,000.

Individuals affected with Fahrs present a range of neurological, neuropsychiatric, memory loss, Parkinsonian and chorea-like symptoms. The clinical features are: 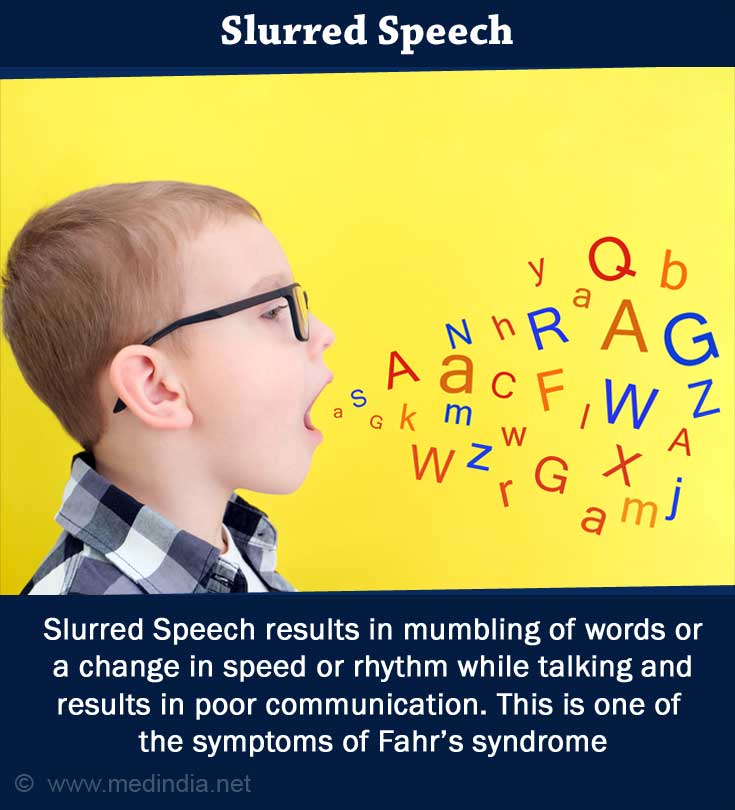 Some of the causes attributed to Fahrs syndrome include: 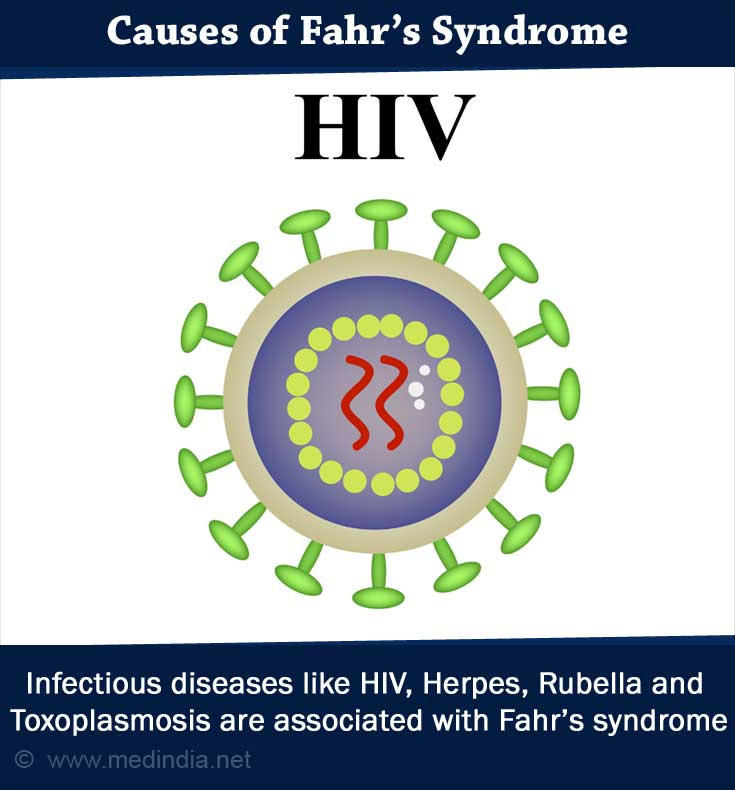 Normal aging also leads to calcification in the basal ganglia in elderly individuals. However, this rarely leads to Fahrs syndrome.

Neurologists and psychiatrists usually evaluate the individual taking into account his/her general health, family genetic history, personal medical and genetic histories. Some of the diagnostic tests involved in Fahrs include: 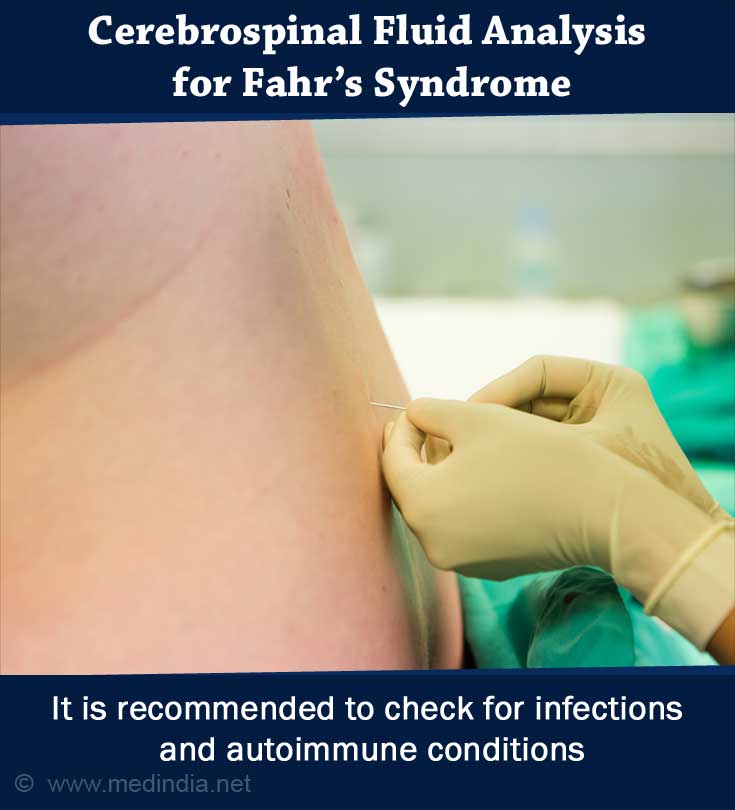 Diagnosis of Fahrs requires great skill as many of the symptoms are similar to other neurological and neuropsychiatric disorders. Diagnosis is usually done taking into account clinical symptoms and ruling out other causes.

Diverse treatment approaches are used to stabilize individuals with Fahrs syndrome. The goal is mainly to alleviate symptoms and keep the individual comfortable and pain free. Pharmacological drugs are usually used to control anxiety, depression and psychosis. Antiepileptic drugs like Carbamazepine and Benzipenes are used to control seizures. Antipsychotic agents like lithium are used to alleviate mood swings and depression. However, lithium should be used with caution as it can increase gait issues like lurching and swaying.

Treatment and management of Fahrs is multidisciplinary involving caregivers, genetic counsellors, psychiatrists, neurologists, endocrinologists and other physicians. There are currently no standard protocols for management of Fahrs. Doctors and health care specialists manage individuals on a case-by-case basis. 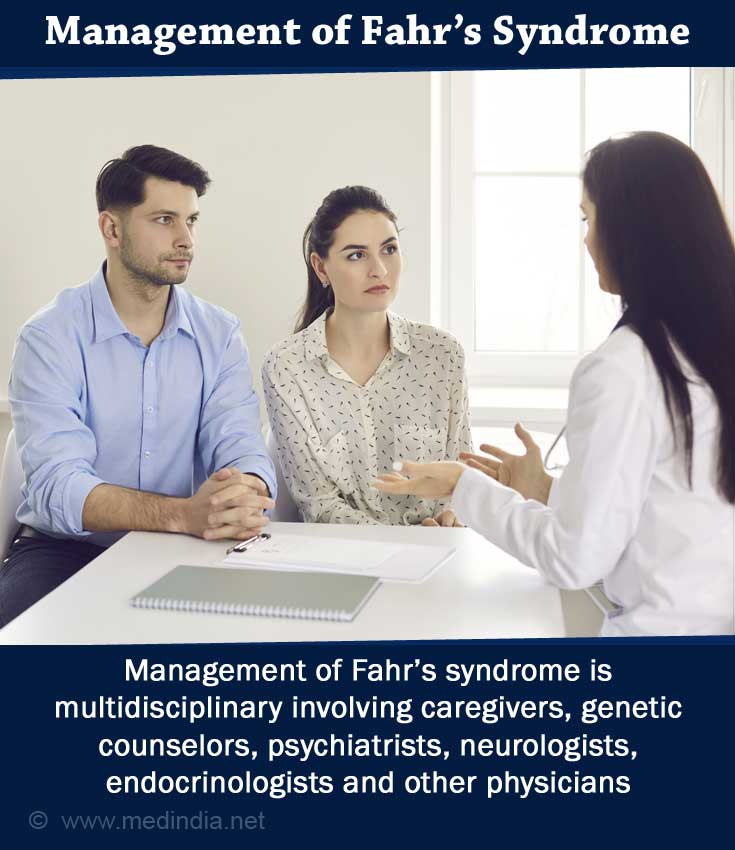 While the current research focus is on pathophysiological mechanisms leading to calcification in brain areas, there is also the need to further explore safe treatment options. Many of the drugs used currently are not well tolerated and have side effects impacting hormonal, liver and kidney function. There is a need to evolve treatment modalities that prevent loss of neurological function and degeneration.

Convulsions Seizure or a convulsion is a result of abnormal electrical activity in the brain. If there are two or more unprovoked seizures at an interval of at least 24 hours, it is referred to as epilepsy.