The term epigenetics refers to the mechanism by which non-genetic factors influence gene expression and thereby, inheritance.

The word epigenetics, coined by Conrad Hal Waddington in 1942, was initially used in a less-specific sense to describe the manner in which the genes interact with their surroundings to bring forth a phenotype. 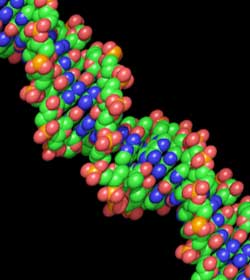 The original idea is believed to have been dated to the times of Aristotle who believed that epigenesis involved the genesis of the organic form from the no-form state. It contradicted the theory that we evolved from smaller fully formed organisms.

For nearly a century after the term epigenetics took shape, researchers tried to learn more about its effects.

In recent years epigenetics represents inheritable changes in gene expression without DNA alterations or mutations. Changes to the basic DNA structure is genetic and is not classified as epigenetic.

Robin Holliday aptly defined epigenetics as "the study of the mechanisms of temporal and spatial control of gene activity during the development of complex organisms.

In modern parlance epigenetics is a term that can be used to refer to any factor, besides the DNA, that influences an organisms development.It accounts for one-third to one half of all altered gene functions.

Epigenetics involves the association or interactions of chemical groups, such as the methyl group (CH3), with the DNA. These interactions often influence the way genes function, through a method of regulation called genetic imprinting. By this method, approximately 60 of our genes are expressed, depending on whether they originated from the father or the mother, with the other allele remaining silent. This selective expression and silencing of the gene is sex-specific (parent-specific) and depends on the memory imprinted on the gene.

Epigenetics plays an important role in the cellular differentiation of a newly formed embryo and is the reason why all the cells, which have the same DNA content, eventually function differently.

The single-celled fertilized egg undergoes several rounds of cell division to become the multicellular embryo which further undergoes cell differentiation to form different cell types with different functions. This is done by activating some genes, while preventing others from expressing themselves.

Epigenetic changes may last all through a persons lifetime and they also carry the potantial to cross generation barriers.

A wide range of biological properties can be influenced by epigenetics and they include the morphology of organisms as well as the eye color in fruitflies.

In modern times, IVF clinics cite epigenetic influence to encourage egg donation. Their contention is that the mother who carries the embryo is the biological mother and that the genes of the donor gets expressed or activated only in the right enviornment or womb provided by the carrier of the embryo!

Epigenetic processes are a part of nature and essential to the functioning of various organisms. However, when it occurs in an improper fashion it can adversely affect health and other behavioral effects.

There are many potential triggers that spark the epigenetic processes. They include:

Several more of these carcinogens and teratogens are being studied for their epigenetic effects.

Latest Publications and Research on Epigenetics

Eye Colour and Personality
Can our eyes indicate our personality? If your teenage son does not look you in the eye while answering a question, he is probably not being entirely honest.The color of ones' eyes reflects individuality

Obesity- Battling the Bulge
Obesity is a condition in which a person weighs more than he really should. It is a global phenomenon with many in the developing countries too 'battling with the bulge'.

Drug Interaction Checker Loram (2 mg) (Lorazepam) Calculate Ideal Weight for Infants Indian Medical Journals Noscaphene (Noscapine) Sanatogen Find a Doctor Vent Forte (Theophylline) Find a Hospital Blood - Sugar Chart
This site uses cookies to deliver our services. By using our site, you acknowledge that you have read and understand our Cookie Policy, Privacy Policy, and our Terms of Use