Emphysema is a chronic obstructive lung disease, characterized by damage to the air sacs (alveoli).

The alveoli get inflated when air enters them. Due to their elasticity, they spring back to their original size following expiration. In emphysema, due to the loss of their stretchiness, the lungs fail to empty air efficiently during expiration, and trap air. Consequently, they contain more air than normal leading to a state of hyperinflation.

Normally, the alveoli help in keeping the airways open allowing free exchange of air. In emphysema, the damaged alveoli are unable to keep the airways open either during inspiration or expiration, which collapse as a result. This is one of the reasons for airflow obstruction in emphysema.

This state of hyperinflation of alveoli and collapsed airways necessitates putting in extra effort to breathe, leading to breathlessness.

The Global Initiative for Chronic Obstructive Lung Disease (GOLD) however no longer distinguishes between emphysema and chronic bronchitis in its definition of COPD.

Chronic obstructive pulmonary disease is a progressive condition, characterized by incomplete emptying of air from the lungs, and a resultant reduced airflow to the lungs. COPD encompasses chronic bronchitis, emphysema or a combination of the two.

The World Health Organization estimates that there were 3 million deaths caused by COPD in 2015 worldwide, which roughly translates to 5 percent of all deaths that year. Interestingly, more than 90 percent of deaths due to COPD occur in low and middle income countries, since strategies for disease control and prevention are either not effectively implemented or inaccessible in these parts of the world.

According to the Centers for Disease Control and Prevention, the number of deaths recorded due to emphysema is around 7455 people in 2014.

Around 3.4 million people (1.4%) in the United States are diagnosed with emphysema.People who generally smoke may have severe emphysema.

Gender wise, the prevalence of COPD was earlier higher in men, attributable mainly to increased rates of smoking among men. However with a rise in smoking among women in the last 30 years, the gap has been bridged. In fact, it is suggested that women may be more susceptible to development of emphysema as compared to men.

What are the Types of Emphysema?

Depending on the part of the lungs affected, emphysema may be subdivided into

What are the Causes of Emphysema?

The major causes of emphysema include:

What are the Symptoms and Signs of Emphysema?

COPD is a disease of slow progression, and symptoms usually become overt around 50 to 60 years of age. Patients with homozygous PiZZ α1-AT deficiency may present around a decade earlier. Symptoms and signs of emphysema include the following:

How is Emphysema Diagnosed?

History and physical examination - A diagnosis of emphysema may be suspected based on the history of gradually progressive breathlessness, especially in smokers or those who are exposed to dust and pollutants constantly. Physical examination of the chest may confirm the diagnosis of emphysema, which can be further strengthened by the following tests.

Spirometry is a test that is useful to diagnose COPD, assess response to treatment and determine the progression of the disease. Various parameters are assessed depending on the patients ability to breath into an instrument called a spirometer following specific instructions. Patients with COPD often have the following findings:

Chest x-ray  The findings on chest x-ray include signs of over-inflation of the lungs such as darker lungs, flattening of the diaphragm, increased airspace behind the breast bone and a long narrow heart. Features of pulmonary hypertension may also be noted.

Sputum testing - The sputum may show the presence of inflammatory cells and sometimes bacteria.

How is Emphysema Treated?

Emphysema cannot be cured. Treatment is used to control the symptoms, retard the progression of disease, improve the quality of life and prolong survival. The following modalities of treatment are followed:

Medications are used to control the symptoms of the disease. Some of the commonly used drugs include:

Patients with Alpha-1 antitrypsin (AAT) deficiency may require treatment with drugs like danazol and tamoxifene which increase the production of AAT by the liver, or AAT replacement through inhalation or injection.

Supportive measures improve the persons general condition and improve oxygenation of the lungs.

Different types of surgery are offered to patients to give symptomatic relief and restore lung function.

Latest Publications and Research on Emphysema 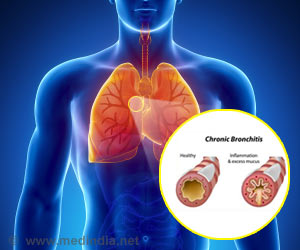 Targeted Gene Therapy for Treatment for Emphysema
Emphysema, a chronic lung disease is caused by Alpha-1-antitrypsin deficiency and a copy of the gene to cells in the lung corrects the condition.
READ MORE 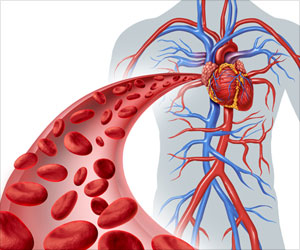 Poor Blood Circulation
Poor blood circulation is the impaired flow of blood to certain parts of the body. It is mostly noticed at body extremities like the toes and fingers.
READ MORE 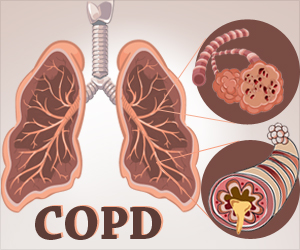