Ear blockage or blocked ear is a clogged-like feeling in the ear due to a problem in the external ear canal or the middle ear.(1✔ ✔Trusted Source
Ear Wax Buildup & Blockage

The ear consists of the outer ear, middle ear and inner ear. The outer ear has the large cartilaginous part called the pinna. The pinna leads into a short canal, at the end of which is the eardrum or tympanic membrane. The eardrum is a thin membrane that separates the external ear from the middle ear. The middle ear contains three small bones which play an important role in the transmission of vibrations from the external to the internal ear. The middle ear is connected to the back of the nose via the Eustachian tube, which helps to equalize the pressure on either side of the eardrum. The inner ear contains the organ for hearing and balance.(2✔ ✔Trusted Source
Anatomy and Physiology of the Ear

What are the Causes of Ear Blockage or Clogged Ear? 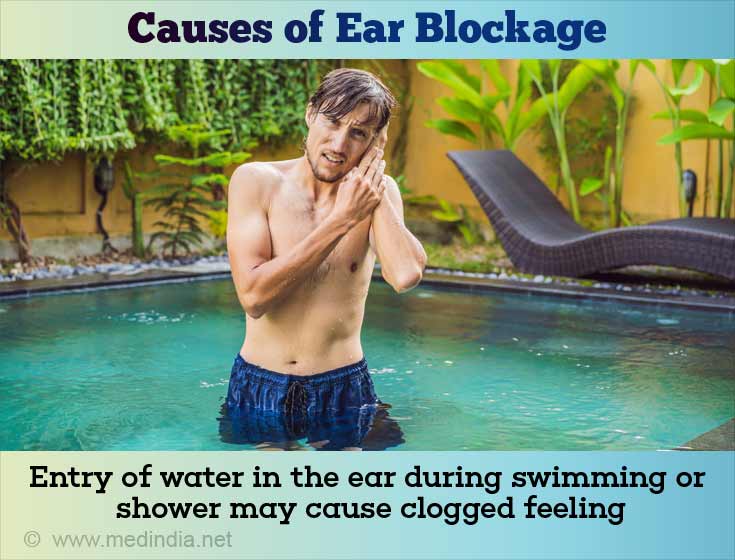 What are the Symptoms and Signs of Ear Blockage?

Symptoms of ear blockage usually occur only on the affected side and include: 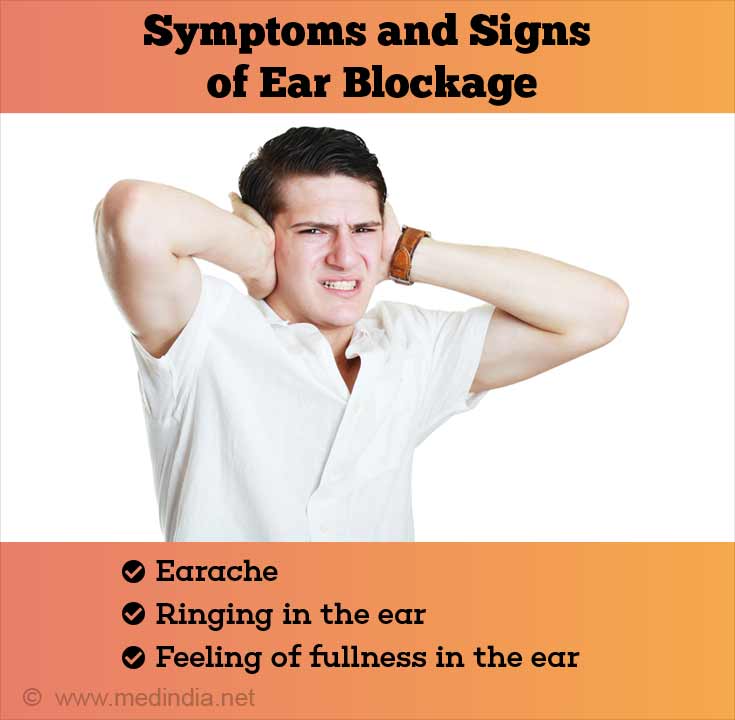 How do you Diagnose Ear Blockage?

Diagnosis of ear blockage is based on medical history obtained from the patient and examination of the ear. The doctor may examine the external ear with an instrument called an otoscope and look out for conditions like foreign body or inflammation.

How do you Treat Ear Blockage?

Treatment of ear blockage depends on the cause. 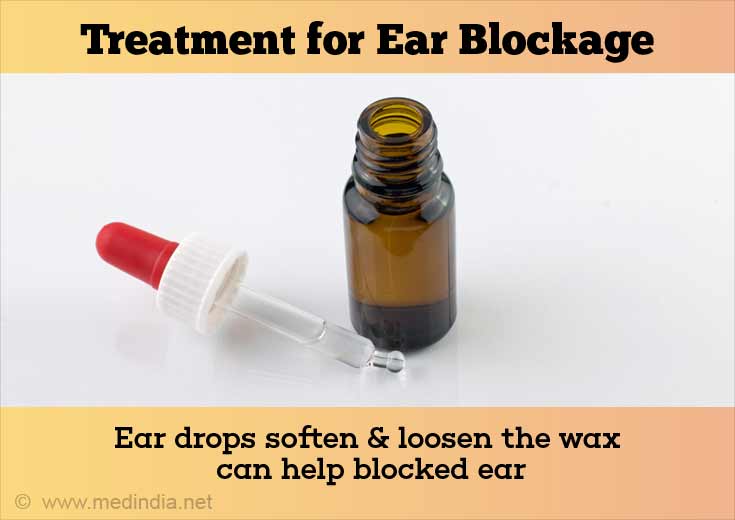 How do you Prevent Ear Blockage?

Here are some ways in which you can prevent ear blockage:

I got up a few days ago and took a bath and a couple hours after My ears feeling clog and the clog comes and go in both ears and a mild pain in both jaw bone, what can cause this to happen

I have a big problem. My 3months old baby has an ear infection. Our ent doctor gave us an eardrops .my problem is there is a blockage in my sons ear which is the dried blood and pus im worried that the drops is not absorb in his affected part of the ear..what should i do? Thankyou

why my ears are blocked when my lunch is delayed or skipped?

could you find the reason? I have this problem too since couple of months ago. it is weird

Hi.........My Husband's ears are block 24/7 they have been for 4 - 5 years we have been to every Dr. we could think of and no one can fine out what is wrong he says it's just like going up in an airplane but they donot unblock can anyone help

My ear always been block with hardened ear wax. So my doctor ask me to use baby oil to softened it after several days. I can feel a bit watery in my ear, check it with cotton swap and it fills with mainly yellowish ear wax and a bit of blood. What could be the problem?

Hearing Aids Hearing aid is an electronic device that helps people with hearing loss to hear more and communicate more effectively. Only 1 out of 5 people benefit from a hearing aid.

Otitis Externa / Swimmer's Ear Infection Otitis externa, also commonly referred as Swimmer''s Ear, is an inflammatory condition that affects the external ear canal, which is the passage that connects the eardrum to the outer visible ear.

Autoimmune Inner Ear Disease Autoimmune inner ear disease is a condition that causes progressive deterioration of hearing and hearing loss. This is a serious condition that needs prompt medical attention.

Airplane Ear / Ear Barotrauma Airplane ear, also called barotrauma, is caused during takeoff and landing of a flight due to pressure changes in the ear. Yawning and swallowing help ease it.