The large expanse of seas and oceans hides many mysteries. Most of marine ecosystem remains unexplored despite several new advances in technology. While the ocean may house several living and non-living matter that could be dangerous to humans, it also has several bioactive compounds that could be immensely useful to mankind.

Images from under the sea in tropical regions brought to us by deep-sea divers often reveal crystal-blue water with a beautiful and colorful seabed formed by corals. Our first impression is that these are colorful rocks with interesting shapes. However, corals have a life of their own. The corals are formed by tiny organisms called polyps that attach themselves to the seabed. The polyps secrete limestone, which accumulates over ages to form the coral reefs. Algae called zooxanthellae are also found in coral reefs, which provide nutrition to the corals, give them color and remove wastes. When the algae die, the corals appear white. Several organisms, fish, sponges etc. inhabit the coral ecosystem. 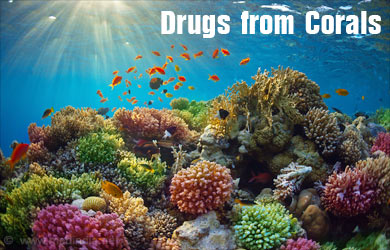 Corals are found relatively close to the coastlines, which has stimulated a lot of research on these organisms. There is on-going research in the pharmaceutical industry to explore the possibility of coral reefs to be used as a drug resource and provide us with molecules that can be used in the treatment of various conditions, especially for those ailments for which we currently have limited or no viable treatment options. Several organisms from the corals are being used in traditional medicine for a wide variety of illnesses. Several are being tested - the list is exhaustive. Initial research has provided interesting results. Some of the potential uses of corals are in the following conditions: 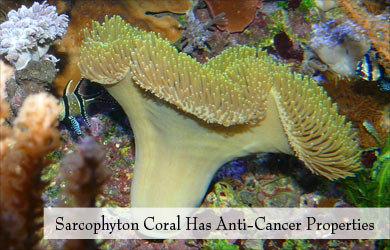 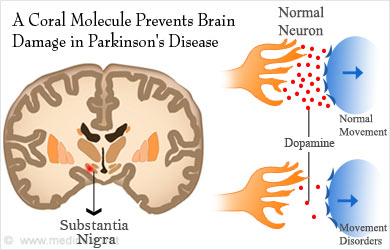 It is interesting to note that several drugs from marine sources are already in use. These include: 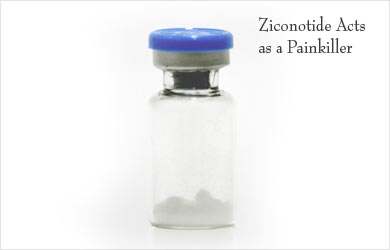 Coral reefs are currently endangered due to climate change, pollution, tourism, use of corals for traditional medicine etc. However, if we lose the coral reefs, we are likely to lose a potential source of medicines that could probably cure a lot of diseases. This is of course just one of the reasons why conservation of coral reefs is the need of the hour.

Latest Publications and Research on Drugs from Corals

Climate Change Made Ocean Water Warmer and Acidic; Drives Away the Fish Fishing conflicts among countries like Somalia, Sri Lanka, Pakistan, India, China and Japan have their origin in carbon dioxide emission and climate change.