Drug abuse during pregnancy has an adverse effect on the mother as well as the fetus. It is advisable to stop usage of illicit drugs well before pregnancy.

Drug addiction is a common problem around the world. This problem becomes particularly complicated in women who take these substances during their pregnancy, when the drugs can have damaging effects on the mother as well as the fetus. 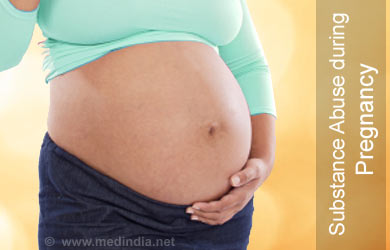 Effects of drug abuse on the mother include-

Effects on the baby include-

Some of the substances / drugs abused during pregnancy are-

Opioids- Opioids like heroin and morphine pass easily to the fetus via the placenta, and their levels can be higher in the fetus than in the mother due to poor degradation of the drugs by the fetus.

Benzodiazepine- Misuse of benzodiazepines often as sleeping pills during pregnancy has been associated with abnormal features, growth abnormalities including central nervous system abnormalities. The baby may suffer from withdrawal symptoms following birth.

Alcohol- Alcohol is a commonly abused substance during pregnancy despite its common adverse effects.

Alcohol use in pregnancy increases the chances of miscarriage and stillbirth. 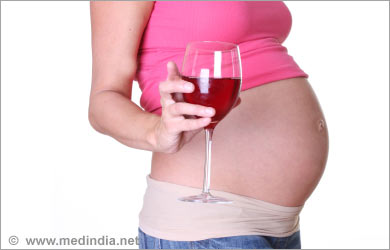 Babies may suffer a group of birth defects, collectively referred to as fetal alcohol syndrome. These defects include low birth weight, facial defects, problem with learning and mental retardation.

Smoking- Smoking is also associated with adverse events during pregnancy. It may cause miscarriage, preterm labor or stillbirth. Babies are also likely to be smaller in size. They may suffer from birth defects like cleft lip and cleft palate. 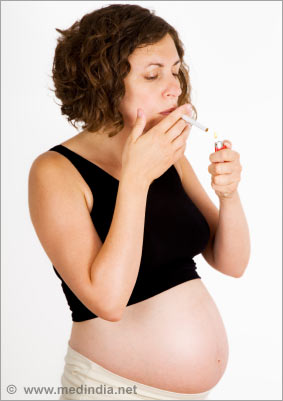 How can Complications due to Drug Abuse during Pregnancy be Reduced?

Besides these drugs, prescription and over-the-counter medications could affect the unborn child. It is best to keep the treating doctor well informed about any drug abuse, to ensure a healthy mother and a healthy baby.

Latest Publications and Research on Drug Abuse in Pregnancy

Bitter Pill: Thrills That Kill - Drug Abuse Nearly one in five Americans reportedly use prescription painkillers to experience an instant high. This could lead to the drug abuser turning entirely dependent on the contents of the drug.

Hyperactivity Medicines and Drug Abuse Not Interlinked, Says Study A new study has indicated that children with attention deficit hyperactivity disorder who take stimulant medications are not at greater risk of substance abuse.

Quiz on Drug Abuse Drug abuse often starts with experimentation of a drug and results in problems at home, workplace and in relationships. Take this quiz to test your knowledge on drug ...

Impact of Drug Abuse on Health and Society Drug abuse is a negative social trend that pushes youth to drug addiction in the pretext of getting psychological effects like excitation.
Sign up for Wellness Consult a Doctor Sign up for Selfcare
Advertisement
Health Topics A - Z
A B C D E F G H I J K L M N O P Q R S T U V W X Y Z