What is Down Syndrome?

Down syndrome (DS) is a genetic disorder involving an extra copy of chromosome 21. Symptoms include intellectual disabilities and distinctive facial features.

Down syndrome was first described as early as 1866 by Langdon Down, a London-based physician. It is also known as 'Up syndrome' because of the cheerful persona of the children.

Lejune and co-workers (1959) were the first to report the presence of an extra chromosome 21 (trisomy 21) in the cells of individuals with Down syndrome - a landmark in the field of congenital disorders in general and in the area of cytogenetics in particular.

Facts and Statistics of Down Syndrome

What are the Causes and Types of Down Syndrome?

Down syndrome has a genetic basis, where the cells of the affected person have an extra chromosome 21. This may occur due to:

It is not necessary for the entire chromosome 21 to be involved in a trisomy. Just a region of the chromosome, 21q22, present in three copies is enough for the development of DS phenotype.

Over 95% of the Down syndrome cases result from classical trisomy 21 while the remaining 5% may exhibit mosaicism or translocations.

What are the Symptoms of Down Syndrome?

Down syndrome is a complex pathological condition with a range of physical, mental and biochemical changes.

Physical features and disease conditions affecting the individual include:

All the above features may not be present in one single individual but many of them, in various combinations will be present.

How is Down Syndrome Diagnosed?

Tests to diagnose Down syndrome include the following:

1. Prenatal Screening Tests: Prenatal screening tests are tests done before the baby is born, which show an increased likelihood of the baby suffering from the disease. These include:

2. Prenatal Diagnostic Tests: If there is a previous history of an affected baby, if a woman is over 35 years or if the screening test shows an increased likelihood of the syndrome, prenatal diagnostic tests are done. Diagnosis tests check for the presence of the extra chromosome. These tests could pose some risk to the mother and the baby which may include miscarriage.

3. Pre implantation Genetic Diagnosis (PGD) is another genetic technology that has revolutionized the choices available to prospective parents. Couples undergoing IVF treatment, whose baby is at risk for genetic abnormalities, can have their embryos analyzed with the help of specific probes. This detects chromosome imbalances or other genetic disorders in a fertilized egg before implanting the same in the uterus. This way the aberrant embryos are eliminated and only the viable ones are transferred back to the uterus.

4. At Birth: Down syndrome diagnosis can be confirmed by taking a blood sample of a baby at birth and by subjecting the same to a genetic test called karyotyping. This test helps to detect the extra chromosome 21 and also the translocations that lead to Down syndrome.

How is Down Syndrome Treated?

The management of Down syndrome depends on the extent of the condition. Though a complete cure is not possible, an early intervention starting from birth can improve the quality and duration of life of the affected child.

Some children might have a heart defect that has to be taken care of right after birth while some may have digestive issues that might need lifelong care.

Speech therapy and physical therapy can enhance the communicative ability and motor skills of the patients, respectively.

Assisted device is a type of material, equipment, tool or technology that will make the life of a person with Down syndrome easier. Amplification devices for hearing, special pencils to write, and touchscreen computers are some assisted devices that have helped these individuals.

Occupational therapy will help to identify jobs that suit the patients when they are older.

Inclusive education helps in giving a fair education to these children in par with the general population.

Dementia and Alzheimers are common in Down syndrome individuals. Drugs to curb memory loss have not shown any benefit. Some patients take amino acid supplements that might aid in improving brain function.

The immediate family may well benefit from psychological and genetic counseling as the situation demands.

What is the Prognosis of Down Syndrome?

It is impossible to predict the life span of a Down child. If the Down individual has good access to medical and psychological help as well as financial assistance, there are chances of living longer compared to a Down syndrome individual with poor access. Several children with Down syndrome learn to read and write, and some have even graduated, have regular jobs and even live semi-independently.

Heart problems or infections put these individuals at a higher risk of early death. Currently however, thanks to improved health care, scientific technology and medications, the life expectancy of individuals with Down syndrome has increased to 50 to 60 years. However, compared to the general population, they do endure premature aging at around 45 years of age.

Latest Publications and Research on Down Syndrome

Yes, If we diagnosis the down syndrome at early stage we can improve the Longevity and Metformin also a good medicine in this same category who treats Type II diabetes and effective in weight loss treatment also.

mr Ram, i am a new member,i found your words nothing is impossible in this fast developing world, gives me more confidence

Physio therapy,speech therapy, occupational and behavioural therapies are needed to speed up the mile stones in the growth of DS children. Homoeo treatment also helps in improving their brain related functioning.DS children will be very affectionate and very cute. Treatment/therapies should be started as early as possible to get better results. Hope, a day will come, when Down Syndrome in children and adults will be permanently cured. Nothing is impossible in this fast developing world because of the technological innovations made possbile by computers etc.

A Special Day With Down Syndrome
Time spent at the day care centre of the Down's Syndrome Association of India can be a lesson in humility and gratitude.
READ MORE 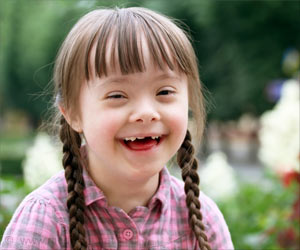 Test your Knowledge on Down Syndrome
Down syndrome also known as Trisomy 21 is a genetic disorder caused by the presence of a third copy of chromosome 21. Down syndrome leads to impairments in cognitive ability and physical growth of the ...
READ MORE 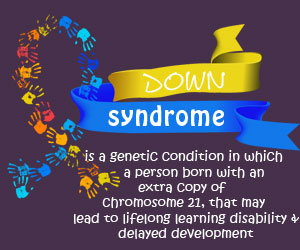 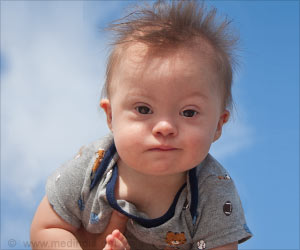 Top 10 Facts on Down Syndrome
Here are some interesting facts on Down syndrome or trisomy 21, where the affected children usually have an extra chromosome 21.
READ MORE 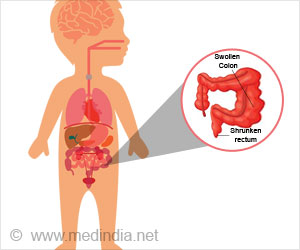 Hirschsprungs Disease
Hirschsprung disease is a type of functional bowel obstruction due to absence of nerves within the wall of a part of the large intestine in babies.
READ MORE 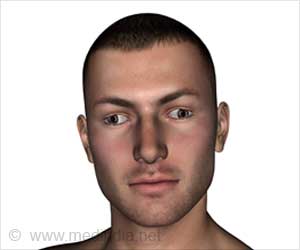 Drugs for Down Syndrome