Easy methods of detection of several performance-enhancing drugs in the blood and urine of athletes are adopted in Olympic Games. These tests also include the detection of artificial erythropoietin in the body.

Doping tests are conducted in high-tech laboratories that are specifically designed and equipped with advanced technology. These labs handle only the drug testing for the athletic events. They are equipped with reagents and kits, which are kept confidential. The Olympics stadia have special lavatories for the athletes to give their urine in glass bottles. These glass bottles are tightly capped and labeled with a unique sticker containing the bar code of the respective athlete. These samples are safely sent to the laboratory where they are to be tested. The results of the tests are sent to the Olympics authorities. If the sample of any athlete is found positive, the authorities take strict actions.

Urine test is the simplest and fastest way to detect the presence of steroids in athletes body. The are the biological filters of our body. They filter the impurities left after metabolism of the food and drugs from the blood. Hence, the urine contains the traces of the drugs and steroids consumed, which are detectable through reagent tests.

For the purpose of these tests, the urine samples from all the athletes are collected in the morning a day or two before the beginning of the athletic events. Several reagents like Marquis, Mandelin, Mecke, Simons, Duquenois-Levine and Robadope are used, which show results for wide range of drugs. If there is any trace of banned substance in the urine sample, the reagent changes color. It takes less than thirty minutes for the reaction to take place. The observation is noted and sent to the event authorities.

Erythropoietin (EPO) is a hormone naturally present in the human body, which stimulates production of red blood cells. Artificial erythropoietin is used by athletes to increase the capacity of their blood to carry oxygen in their body and thereby increase their stamina.

The use of erythropoietin in sports was discovered in the 70s. The athletes were administered artificial erythropoietin and their blood was stored outside their body in sterile containers. The blood was then transfused back to their body before the event for endurance and stamina.

A total red blood cell count is now done before and after athletic events along with the urine test to detect any change in blood parameters which point out to erythropoietin abuse.

EPO- the doping drug known from professional cycling- can significantly reduce cerebral malaria related deaths, according to the researchers at the University of Copenhagen.

Doping in Olympics 2012: Say No To Shortcuts

Performance enhancing drugs are the substances that are intended to enhance or bring about a desired change in activity performance. 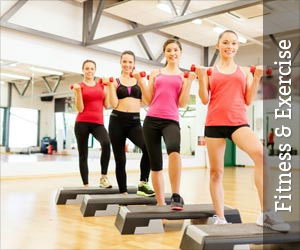