What is Diamond Blackfan Anemia?

It occurs when the bone marrow does not make sufficient red blood cells necessary for carrying oxygen from the lungs to other parts of the body. This makes the patient severely anemic. This kind of anemia is not due to insufficiencies in iron, vitamin B12, folate or erythropoietin. DBA is a life-threatening condition leading to other potential abnormalities. DBA affects approximately 5 to 7 per million live born infants worldwide. 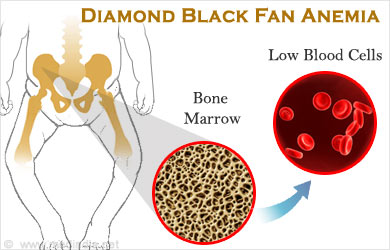 Nearly 45% of DBA patients inherit the mutation from either of the affected parent. Some DBA patients present new mutations in the gene in families with no history of DBA.

Sometimes DBA presents itself in older children and adults. Symptoms include: 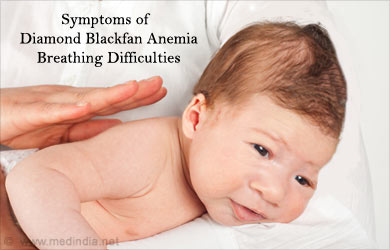 Some of the physical characteristics of DBA include:

People with DBA also present with cardiac and kidney defects. Eye problems such as cataracts, glaucoma and strabismus are not uncommon. Genitourinary abnormalities often occur in males.

Other genetic anemias like Thalassemia and Fanconis anemia need to be ruled out. Since a total of 13 genes (including GATA-1) are linked to DBA, mutations in nearly 55% of DBA patients are detectable through genetic sequencing of 9 genes.

Tests used to diagnose DBF include:

Treatment options for DBA include: 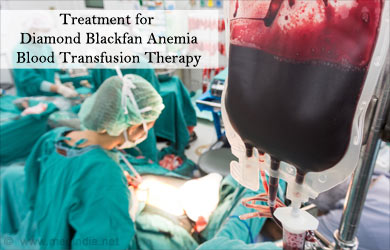 Individuals with DBA are usually evaluated by haematologists, clinical geneticists, cardiologists, nephrologist and urologist (as required) and medical genetics counsellors. A multidisciplinary approach is critical to manage DBA and keep secondary complications in check.

Individuals need to be assessed for iron overload in order to begin iron chelation therapy.

Measurements for iron overload include:

Iron chelation therapy to remove iron from the body needs to begin after 10-12 blood transfusions. The available options include:

Regular screening for related cancers is recommended for individuals with DBA.

what lifestyle suggestions you may suggest for those kids?

Research: Rare Cause of Anemia in Newborns is Often Overlooked Scientists say that some babies diagnosed with and treated for a bone marrow failure disorder, called Diamond Blackfan Anemia, may actually be affected by a very rare anemia syndrome.

Aplastic Anemia Aplastic anemia (AA) is a term that refers to a condition where the body fails to produce enough blood cells.

Emerging Drug May Help Improve Red Blood Cell Production in Anemic Patients Researchers have identified a class of drugs that may be beneficial in anemias.

Anemia Anemia is a condition in which the red blood cell (RBC) count or hemoglobin is less than normal.

Quiz on Anemia Anemia is one of the most common problems faced by individuals all over the world. Severe anemia can cause extreme fatigue. This quiz will help you check if your knowledge on anemia is up-to-date. ...
Sign up for Wellness Consult a Doctor Sign up for Selfcare
Advertisement
Health Topics A - Z
A B C D E F G H I J K L M N O P Q R S T U V W X Y Z