Diabetes mellitus is a common condition that affects a large part of the population. In diabetes, the patients blood glucose is higher than normal. Recent research has proven that diabetes is a fairly complex condition with several mechanisms involved. Common mechanisms causing diabetes include:

Patients with type 2 diabetes, who usually develop the condition at an older age, are often prescribed oral medications to treat their diabetes. These are called oral hypoglycemic drugs, in other words, drugs that reduce blood glucose levels. Some are given insulin injections in the later stages. This article gives an insight on why oral hypoglycemic drugs are prescribed and how they act.

How Do Oral Hypoglycemic Drugs Work?

Oral hypoglycemic drugs or oral diabetic medications or diabetes pills are of several types  drugs in each group act in a different way to bring about blood glucose control. Common mechanisms include:

Some drugs act through more than one mechanisms. 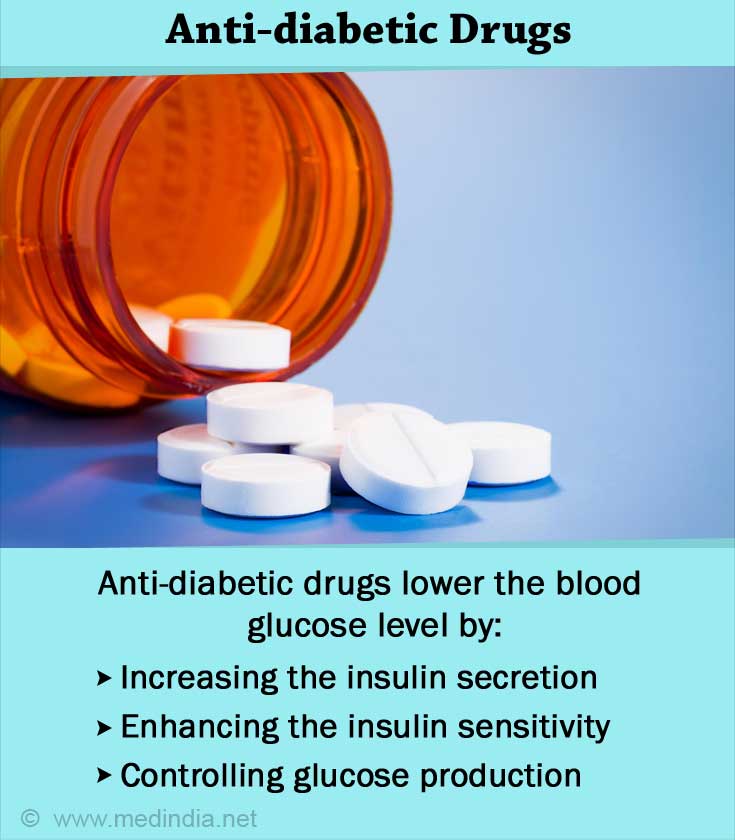 Different Drugs and their Action

The main drugs used to treat type 2 diabetes beside insulin are listed below:

Self-Care Practices in Diabetes Management
Self-care management in a diabetic patient requires skills to make essential changes in routine day-to-day activities for controlling the disease and improving the quality of life in a natural way.

Oral Diabetes Medications Better to Protect Diabetics From Adverse Effects of Pollution
It is not yet clear why oral diabetes medications, unlike insulin, appear to be protective and it warrants additional research.

Quiz on Diabetes Medications
How much do you know about the medications used to treat diabetes? Here are a few questions you could attempt to test your ...

Type 2 Diabetes
Globalization and changing lifestyles has made diabetes very common in developing countries so much so that India is known as the Diabetes Capital of the World.