is a condition where a person suffers from repeated episodes of severe vomiting, but is normal between episodes.

Cyclic vomiting syndrome is a condition where the patient suffers from repeated, sudden bouts of intense nausea and vomiting. The bouts last for few hours to days, and the patient may be normal in the weeks between the bouts. 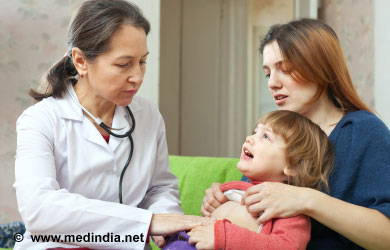 Cyclic vomiting syndrome appears to arise due to signals generated in the brain that stimulate vomiting. It has been suggested that a mismatch between the high energy required at times of stress and infections, and the inadequate energy produced by cells results in metabolic abnormalities. These affect certain nerves called the autonomic nerves, which stimulate vomiting. A hormone secreted by the hypothalamus (a part of the brain) called corticotrophin-releasing factor (CRF) could also be responsible for the vomiting.

The episodes of vomiting are treated with medications used to treat migraine. They can be prevented to some extent with certain medications or by avoiding any triggering factors.

Home Remedies for Vomiting Vomiting, puking or throwing up refers to the forceful oral expulsion of the stomach content caused by various ailments. Here are some herbal and natural home remedies to treat vomiting effectively.

Nausea and Vomiting Nausea and vomiting is a common problem that could be caused by conditions affecting the digestive tract or other systems of the body or due to infections.