Cows Milk: A Boon From The Animal World

Although very difficult to ascertain documents suggest that the practice of drinking cows milk is ancient, calculated as old as 6,000  8,000 B.C. Milk and other dairy products were so highly valued in ancient Egypt that only the very wealthy could afford to consume them. Beginning in the 5th century A.D., the milk of cows and sheep began to be especially prized in Europe, but it wasnt until the 14th century that the demand for cows milk began to outpace that of milk from sheep.

Dairy cows did not make an appearance in America until the early 17th century, when they were brought over from Europe. Milk pasteurization began in the very late 19th century, although it wasnt until the mid-20th century that a more refined technique, ultra-high temperature pasteurization, was introduced.

Allergy to cows milk is a common food allergy seen in some people especially in infants and young children. The most common symptoms of cows milk allergy can range from mild to severe such as wheezing, vomiting, itching, swelling of lips or tongue, skin rash, dizziness, nasal congestion and digestive problems. Sometimes, milk allergy can also cause anaphylaxis, a life threatening reaction. 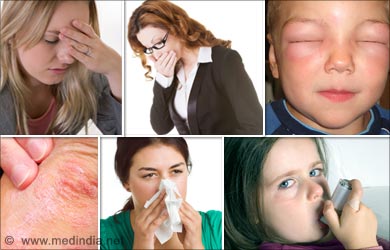 The nutritional values of "Milk, producer, fluid, 3.7% milkfat" per 100 grams are:
Data source: USDA Nutrient Database, R25
*Percent Daily Values (%DV) are based on a 2,000 calorie reference diet. Your daily values may be higher or lower based on your individual needs.
To See Full Nutrition Facts & Analysis for Milk, producer, fluid, 3.7% milkfat - click here
Published on Feb 09, 2016
Last Updated on Feb 14, 2018

Milk is coming from cow which cow is generating for his kids.we take healthy milk from cow but there is bacteria in milk and that bacteria is live we kill that bacteria from milk so don't use milk if u don't need it. or you are pure vegi please.

I have been vegetarian for 39 years. I don't eat meat ,fish or eggs. In India the cow is considered sacred because in the Indian scriptures called the Vedas, God gave the cow to human society so we could raise our children after they are no longer able to take the milk from their own mothers. From cow's milk so many wonderful and nutritious foods are made such as cream, butter, yogurt, buttermilk, ghee, sour cream, cheese, curd, whey, etc. When we walk into a convenience store or any grocery store we see gallons and gallons of cow's milk for sale. The cow serves humanity and then when she is too old to give milk the so called human beings send her to the slaughter house, kill her and eat her. Unfortunately the dairy industry has increased the abuse of the dairy cow.

Who are vegetarians??? The people who says 'we are vegetarians' has always make bad comments on non vegetarians and will will always says that 'we are not killing any life'. But it is scientifically proved that 'plants are living beings'. Then what does it means,no vegetarians are there in the world!!!!!!! Thats it.

Dhanu yeah i agree with your comment. But i would like to specify one thing that if you cut an animal and eat it you cant bring back life to that but if you cut the fruits, vegetables or even any part of the tree you can still see the tree growing. so don make some stupid comments. think twice before commenting.

Ramya, i know you are an indian you would in take lots of potatos, carrots, palakes and lots and lot of greens...they are all uprooted from the ground. So called veg and non-veg is all created by GOD and given us to eat or use it for our daily living. Its all man's ideas to eat what and formed in to groups and this has noting to please GOD the creator. GOD BLESS

its ridiculous that some people even raise these type of questions.... !!! how can you call something non-veg if it is not obtained by killing that animal... non-vegetarianism is all about killing animals for filling your tummies!!!!

Dear friend what you are saying is your personal belief. Anything that is a part of or obtained or derived from an animal is a non-vegetable. The one who consumes the same is a non-vegetarian by diet. It is not about killing of an animal... If you are having milk or dairy products in your diet then you are a lacto - vegetarian. If you consume eggs in your diet but not meat .. then you fall under ovo-vegetarian family...On a second thought eggs would not fall under living beings since they are yolk and albumin alone. No living animal ... Forget killing it. Would it be veg OR non veg according to you ?

Calcium and Vitamin Supplements
Calcium and vitamin supplements are taken to provide the body with the ''''required'''' nutrients. Calcium is a mineral found in many foods. Vitamins are very important nutrients for the body.

Development Milestone
Medindia offers a milestone chart for the growing child, by which we can determine the activities of the baby at various stages of the growth.