What is Conns Syndrome / Primary Hyperaldosteronism?

The term "primary hyperaldosteronism" is used to describe Conns syndrome and other associated conditions involving pathological lesions that result in an increased production and secretion of aldosterone.

The American Endocrinologist, Jerome W. Conn in 1955 first described Conns syndrome in a patient who had an aldosterone-secreting adenoma. In a population with hypertension in the United States, prevalence for primary hyperaldosteronism, and specifically for Conns syndrome, is estimated to be around 0.05-2% and 0.03-1.2% respectively. The condition occurs twice as common in women as in men. It is mainly seen in those between 30-60 years of age.

Primary hyperaldosteronism can be inherited in some people in an autosomal dominant fashion. The basic underlying pathophysiology can be attributed to the increased secretion of the hormone aldosterone from the adrenal glands. Aldosterone acts on the kidneys resulting in an increase in sodium and lowering of potassium levels in the blood, and increases the alkalinity of the blood. Primary hyperaldosteronism has two major subtypes:

There are also rarer forms of the disease that result in familial hypertension due to an inherited genetic mutation.

What are the Causes of Conns Syndrome?

Symptoms and Diagnosis of Conns Syndrome

Hypertension due to aldosterone-induced sodium and water retention and hypokalemia (low blood potassium levels) are the two main clinical findings in primary aldosteronism. Both the low potassium levels and increased aldosterone acting directly have a role in making the blood more alkaline. Most of the symptoms of primary hyperaldosteronism / Conn's syndrome occur as a result of hypokalemia and alkalosis. Common symptoms include:

No specific physical findings are evident. Abnormalities observed during the clinical examination are usually due to associated conditions like heart failure, stroke, or cerebral hemorrhage.

Measuring 24-hour urine aldosterone levels and finding out the plasma aldosterone, plasma renin activity ratio are diagnostic tests that need to be carried out for the condition. CT scan is also carried out to determine the subtype of primary aldosteronism.

Other conditions that could resemble Conns syndrome and should be excluded are Liddles syndrome, renin-secreting tumor, exogenous mineralocorticoid and excessive licorice intake.

Treatment and Prognosis of Conns Syndrome

Hypertension and hypokalemia should be controlled in a patient with Conns syndrome. In patients with hyperplasia of both the adrenals, administration of drugs such as spironolactone or eplerenone can successfully block the effect of the excessively secreted aldosterone. Spironolactone can sometimes cause an increase in breast size in males. Both these drugs must be stopped prior to testing.

Prognosis is excellent if the condition is properly treated. Absence of treatment results in complications and even fatality.

Deaths associated with Conns syndrome are mostly due to hypokalemia and hypertension. The former, if severe, can lead to cardiac arrhythmias (abnormalities in heart rhythm), which can be fatal. Untreated hypertension too can lead to many complications such as heart diseases, stroke or intracerebral hemorrhage. 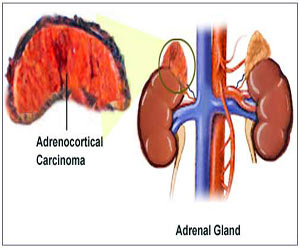 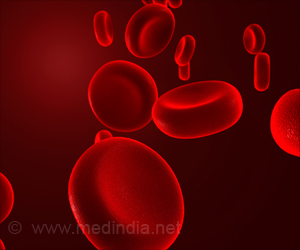 Alkalosis
Alkalosis refers to an increase in the blood alkalinity. It can be due to metabolic (excess bicarbonate ions in blood) or respiratory (low blood CO2) causes.
READ MORE

Adrenalectomy - Surgical Procedure
Adrenalectomy is a surgery that involves removing either one or both the adrenal glands.
READ MORE
Sign up for Wellness Consult a Doctor Sign up for Selfcare