Coffin-Lowry Syndrome is a rare genetic disorder affecting several parts of the body.

It is characterized by skeletal anomalies, intellectual disability and episodes of collapse on hearing sudden loud noise or when excited. It affects males more severely as compared to females.

What are the Causes of Coffin-Lowry Syndrome?

Coffin-Lowry syndrome is caused by a mutation in the RPS6KA3 gene found on the X chromosome. The defective gene results in the defect in a protein, which is involved in several important functions of the body including in the brain.

The type of inheritance in Coffin-Lowry Syndrome is called X-linked dominant inheritance. The condition affects both males as well as females, though the syndrome is usually mild in females.

About 70-80% of affected individuals have no family history of this condition.

What are Symptoms of Coffin-Lowry Syndrome?

Severity of symptoms in patients with Coffin-Lowry syndrome is usually more in males than females. Typical facial features in affected males can be easily identified in late childhood and adulthood.

Facial features in affected individuals include the following:

Abnormalities in limb may include:

Other abnormalities may include: 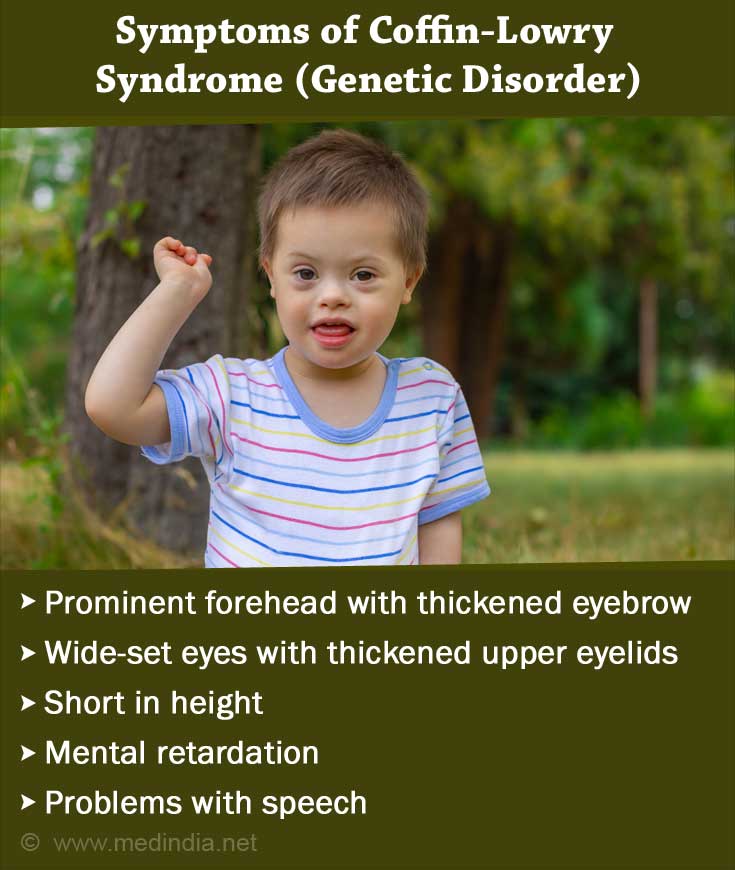 How is Coffin-Lowry Syndrome Diagnosed?

Diagnosis of Coffin-Lowry syndrome is based on the medical history of the patient, findings on physical examination, imaging tests, enzyme studies and gene testing.

X-ray and neuroimaging studies can diagnose the skeletal and other abnormalities. Genetic testing on blood sample or cells from cheek swab may reveal mutation in the RPS6KA3 gene.

How to Treat Coffin-Lowry Syndrome?

Treatment of Coffin-Lowry syndrome depends on the symptoms of the patient. The patients cardiac, hearing and eye functions should be regularly checked. Further, patients should also be monitored for progressive kyphoscoliosis that can be life threatening since a bent spine can affect breathing and cardiac function.

Treatment also involves physical and speech therapy and educational services. Clonazepam can be used to treat drop attacks. Other drugs like valproic acid and selective serotonin reuptake inhibitors have also been used. Genetic counselling can be helpful to patients and their families to understand the mode of inheritance and the chances of having a baby suffering from the condition. 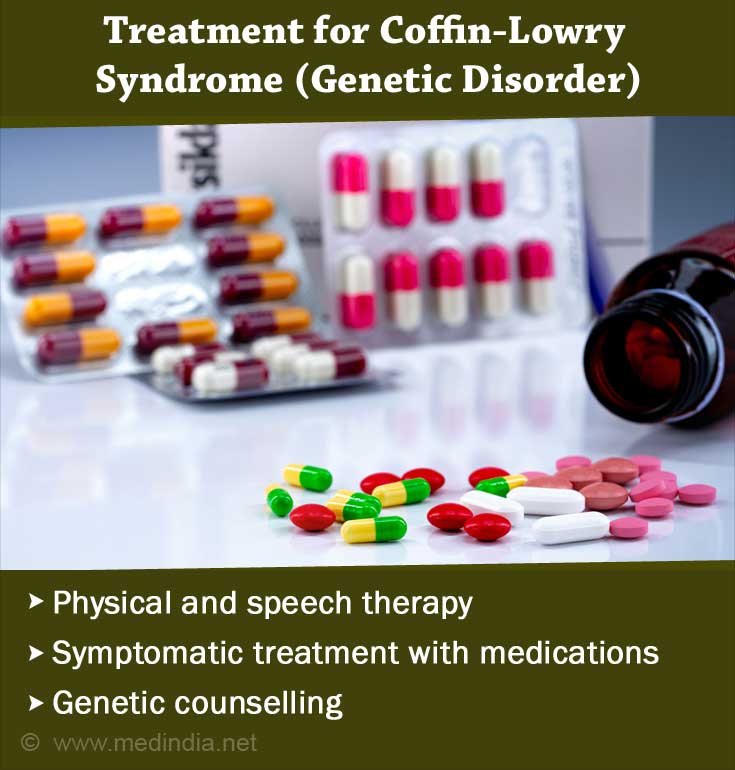 No cure is available for Coffin-Lowry Syndrome. But, specific symptoms, developmental delays and behaviors can be treated and addressed.

Children With Epilepsy may Portray Developmental Delays and Autism
Research has pointed out that children suffering from epilepsy should be screened systematically for developmental delays and autism.