Taste of Coffee - History of Coffee

Coffee may have been first discovered by a herdsman in Ethiopia. He noticed that his goats got more energetic after consuming certain type of berries. He got some of these berries back to the village and it was boiled in water and soon realized its stimulating effects and the rest was history.

For some time the Ethiopians kept their monopoly on this crop and kept it a secret. The Dutch eventually in 1616 managed to steal some live coffee trees or beans and managed to grow them in greenhouses in Holland. By 1699 the Dutch were growing coffee at Malabar in India and in Batavia in Java - Indonesia. It is the Dutch who are credited to have made coffee so popular by 17th Century and became the main suppliers of coffee to Europe. By 17th century coffee houses opened in Italy, Austria and England.

Interestingly enough the famous Boston Tea Party in 1773 was planned in a coffee house, the Green Dragon and the New York Stock Exchange and the Bank of New York started in coffeehouses.

The story of coffee cultivation in America in 17th century is perhaps the most fascinating and romantic story in the history of coffee. Seattle, the wettest city, gave the world café or 'Latte' culture that quickly spread throughout the world making it truly the spiritual centre for coffee.

Today after oil coffee is the most important foreign exchange revenue source for some developing countries and provides millions of jobs and supports many economies worldwide. Coffee is an important commodity that is regularly traded on London and New York stock exchange.

13-year-old Girl Addicted to Energy Drinks Warned of Heart Attack Risk
Energy drink abuse is emerging a major area of concern. A 13-year-old girl in the UK has been warned she is risking heart attack if she doenst give up on Redbull.
READ MORE 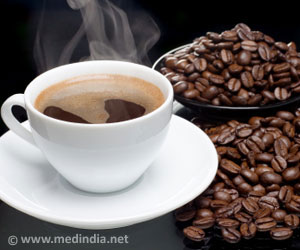