Ciguatera or ciguatera fish poisoning is a form of food poisoning that is caused by the consumption of fish that contain the ciguatera toxin.

Around 50,000 people are affected by Ciguatera every year in tropical and sub-tropical regions.

What is Ciguatera Toxin?

What are the Symptoms and Signs of Ciguatera?

The toxin acts on certain channels called voltage-gated sodium channels located on the cells of the body resulting in digestive, cardiac and nervous symptoms. The symptoms may start within 15 minutes of consumption or may take even up to 24 hours to become evident. 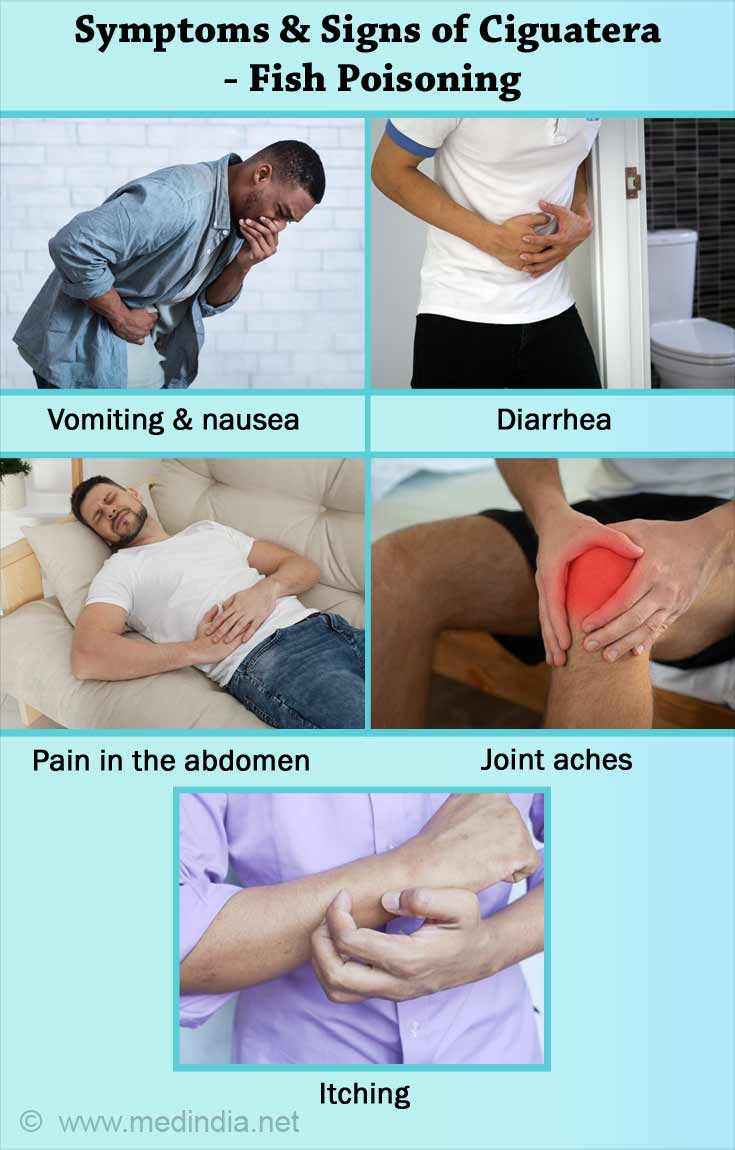 Apart from these symptoms, there are a few general symptoms that are associated with ciguatera poisoning:

Ciguatera poisoning does not normally lead to death if the patient receives the right medical care at the right time. Death may occur due to dehydration, extreme fall in blood pressure, or respiratory depression.

What are the Chronic Symptoms of Ciguatera?

After the initial phase of illness, there is period of weakness that can last from a few days to a few weeks. Some patients continue to have neurological symptoms like generalized fatigue, depression, itching and abnormal sensations of the extremities.

In extremely rare cases, psychological symptoms persist even for many years after the initial episode of poisoning.

What are the First aid Methods that Need to be Followed?

An individual showing a few of the above mentioned symptoms of Ciguatera poisoning has to be taken to the doctor immediately. In the meanwhile, the patient should be:

How to Diagnose Ciguatera Poisoning?

Ciguatera is reliably diagnosed by assessing the symptoms and determining if others who consumed the fish suffered from similar symptoms. Since the symptoms usually occur within a few hours of consumption of the fishit is easy to trace back the source of poisoning.

A new method of diagnosis is the Visual Contrast Sensitivity (VCS). This study is based on the ability of an individual to discern the colors black, grey and white, which is usually impaired in patients affected by a neurotoxin. This test is inexpensive and portable, however, it is not specific only for ciguatera toxin but for all neurotoxins caused by dinoflagellate microorganisms. 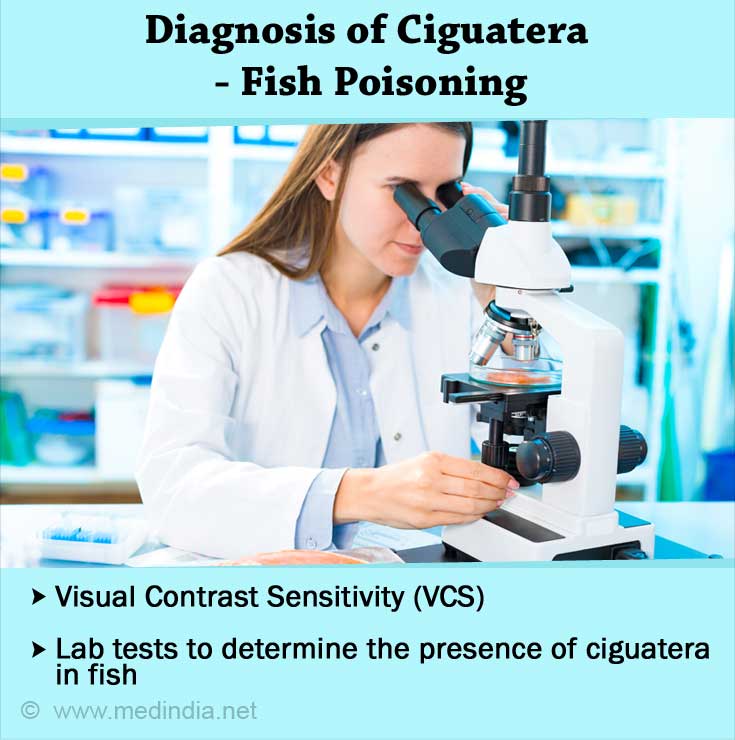 Ciguatera poisoning could be misdiagnosed with other forms of neurotoxic poisoning like shellfish poisoning, puffer fish toxicity, botulism, pesticide poisoning etc. For conclusive diagnosis, the fish can be subjected to laboratory testing to determine if it was infected with ciguatera. Though there are no diagnostic procedures for humans, there exist conclusive lab tests to determine the presence of ciguatera in fish.

How do you Treat Ciguatera?

Ciguatera food poisoning is treated based on the symptoms expressed by the patient. There is no specific antidote for this food-borne illness that is currently available in the market. 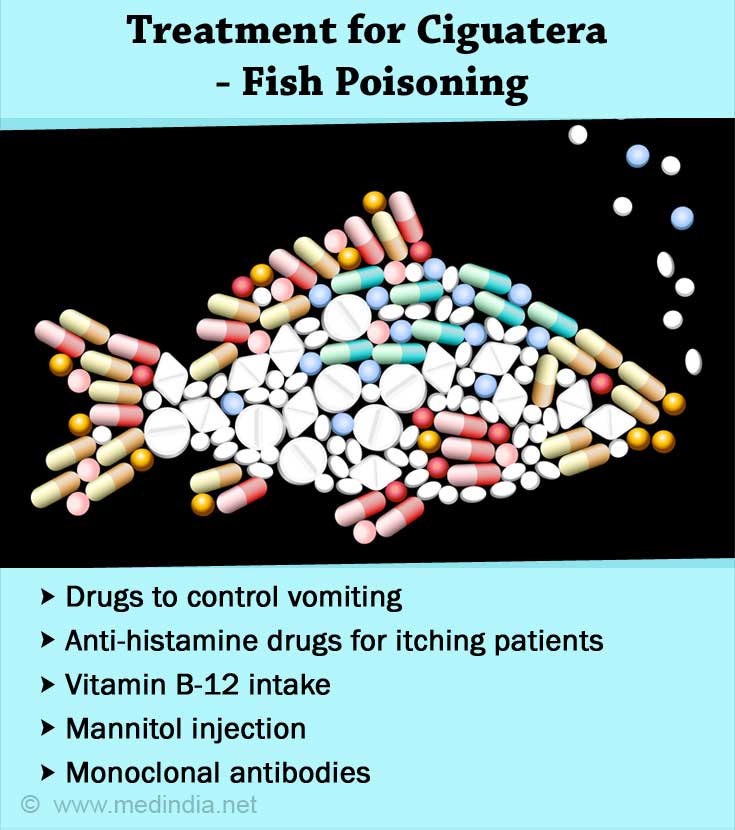 Liver, roe, head and intestine of smaller reef fish should also be avoided. Ciguatera tends to accumulate in such regions of the body.

Restraining from eating such fish is the best method of prevention as there is no preventive medicine currently available and diagnostic test kits are very expensive.

People who have been affected by ciguatera toxin should avoid eating large reef fish for at least 6 months and avoid drinking alcohol for 3 months.

What are Traditional and Folk Remedies Used to Treat or Prevent Ciguatera?

Vertigo
Vertigo is a common symptom of any disorder of brain or inner ear. It may be accompanied by vomiting and sweating. Inner ear involvement can cause deafness.

Nausea and Vomiting
Nausea and vomiting is a common problem that could be caused by conditions affecting the digestive tract or other systems of the body or due to infections.