All You Need to Know about Chorioangioma

Chorioangioma is a benign tumor of the placenta.

The placenta is a tissue that is attached to the inner lining of the uterus in pregnancy. Nutrients pass through the placenta and the attached umbilical cord from the mother to the fetus. The placenta also removes waste products from the fetus. It consists of two parts  the fetal side which is known as the chorionic plate and the maternal side which is called the basal plate. The chorion contains finger-shaped processes called villi. The villi contain connective tissue and blood vessels, which receive blood from the fetal circulation through the umbilical artery. 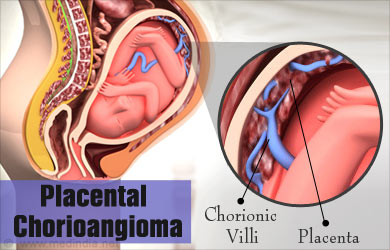 Chorioangiomas arise from the chorion tissue of the placenta. They may be single or multiple, small or large. Depending on the type, they may be classified as angiomatous which are rich in blood vessels, cellular which have fewer blood vessels, and degenerate.

What are the Causes of Chorioangioma?

There is no definite known cause of chorioangioma. However, certain conditions could possibly increase the chances of developing chorioangioma. These include: 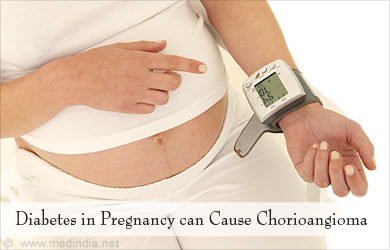 What are the Symptoms and Signs of Chorioangioma?

Possible complications of chorioangioma in the mother include:

Chorioangioma may be associated with complications in the fetus. These include: 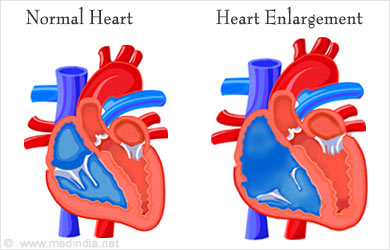 How is Chorioangioma Diagnosed?

Diagnosis of chorioangioma is made through ultrasound. Ultrasound is considered as a safe radiology test during pregnancy and is therefore a preferred imaging test. A color Doppler test, which studies the blood flow through the tumor, is useful in conditions where a definite diagnosis with ultrasound is difficult.

How do you Treat Chorioangioma?

Chorioangioma that does not cause complications may not require treatment. If it is detected close to the delivery date, an early delivery should be planned. If it is detected earlier in pregnancy, the pregnancy should be carefully monitored to detect any complications at the earliest. Since the fetal lungs are not mature before 34 weeks, steroids may need to be administered to the mother to increase maturity of the lungs if a very early delivery is required.

Treatment modalities for chorioangioma include the following: 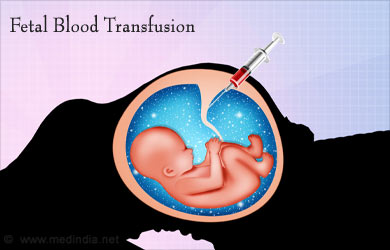 How do you Prevent Chorioangioma?

Since there is no specific cause for chorioangioma, its occurrence cannot be prevented. However, careful monitoring following its detection can detect any early complications early.

Latest Publications and Research on Chorioangioma

Quiz on Myths about Pregnancy
Pregnancy is probably one of the most common medical conditions that is surrounded by myths and false beliefs. Here is a quiz that would help you in separating pregnancy myths from the ...

Learn About Pregnancy - Animation
Pregnancy Labor is caused by series of progressive expulsive contractions by the uterus and results in delivery of the baby from the mothers womb to the outside world.

Congestive Heart Failure
Congestive heart failure (CHF) is a condition in which the heart fails to work adequately as a pump that can deliver oxygen rich blood to the body.

Polyhydramnios
Polyhydramnios is a condition where the fluid in the amniotic sac surrounding the fetus increases than normal level causing discomfort to the patient.
Sign up for Wellness Consult a Doctor Sign up for Selfcare
Advertisement
Health Topics A - Z
A B C D E F G H I J K L M N O P Q R S T U V W X Y Z