Children are often caricatured as beautiful butterflies in the garden of human existence. This image is reassuring and tells us that all is well with our world.

But there are many children with problems, especially behavioral problems, which cannot be compared to misbehavior that children are prone to, from time to time.

Behavioral problems occur in children for various reasons. Some children develop stress- related behavioral problems, temporarily, due to loss of a loved one, birth of a sibling, abuse or due to parental divorce. Sleep related problems, problems in eating, behavioral regression, poor performance at school, phobia are all common in children facing stressful situations. Typical child behavioral problems, however, are long-lasting, much more severe and may involve a pattern of behavior that is hostile, disruptive or aggressive. It usually lasts for more than six months and is often unsuitable for the childs age.

Signs of behavioral problems in children that could act as warning:

Types of Behavioral Problems in Children

Psychological disorders are manifested as disturbance in:

The problems occur due to many reasons but the most significant factor is inconsistent parenting style. The reactions of the child to such parenting may not be immediate but may emerge later in time. Anticipatory preparation and counseling can help to prepare the child in advance for a potential trauma, like separation. Also, children must always be allowed to freely express their anxieties fears and doubts.

Identifying the problem, and the extent of its impact, correctly, is crucial to its treatment.

These include a range of tension - reducing habits such as:

These repetitive behaviors will be considered as a problem depending on their persistence and frequency of occurrence. Parental reassurance and encouragement is necessary to manage the problems. In some instances, medical help may be necessary.

Anxiety and fearfulness is common in growing children. However, they can transform into a disabling condition when they persist and may require intervention. Some of the anxiety disorders include:

Disruptive behaviors consist mainly of breath-holding spells and temper tantrums. Punishing the child, who may who may find his own behavior overwhelming, may not be wise. It would be better to be kind and reassure the child! However, behaviors such as truancy, arson, antisocial behavior and aggression needs intervention and should not be considered as normal developmental behavior.

Attention deficit hyperactivity disorder is a disruptive behavior is marked by poor ability to do even simple tasks, motor over activity and impulsiveness. Early diagnosis and intervention in the form of drug therapy and behavioral modification helps to counter the problem.

Sleep disorders are seen to occur in children who sleep more or less than what is necessary for the age. Stable sleep patterns set in only after age five. Proper sleeping pattern can be induced through parental intervention and environmental factors.

When behavioral disorders present in children it is important to seek help for them, as these changes can cause mental health problems, school failure and are even capable of prompting the child to suicide. Family therapy, talk therapy and behavior therapy are some of the methods that can effectively manage the problem.

Do behavioural disorder in children increases the crime rate?

Definitely can behavior Disorder in a child affect the society 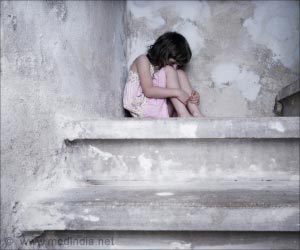 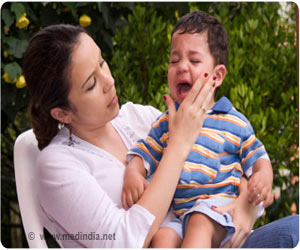 Can You Cope with Your Children's Tantrums?
It is natural for children to throw tantrums, but how parents react to such situations makes all the difference in the life of a family.
READ MORE