Chemical castration is a procedure wherein medications are administered to suppress or reduce Testosterone levels. Unlike surgical castration, chemical castration is reversible as the gonads are not removed by a surgical incision. By undertaking this, the male loses the function of his testes, thereby resulting in loss of libido and infertility. When it is done among boys before they attain puberty, it interferes with maturity of their sexual function including the change in their voice and masculinity. It has widely been speculated that the famous pop singer Michael Jackson was chemically castrated by his father Joe in childhood to maintain his high-pitched voice. This was reaffirmed by Michael Jackson's doctor Conrad Murray. Maybe this was inspired from the many castrati opera singers. Castrati were men who were castrated at the age of 8 to 9 years to keep their voice at a higher pitch. This practice was prevalent during the Baroque period in Italy until it was outlawed in 1870.(1✔ ✔Trusted Source
Effective Testosterone Suppression for Prostate Cancer: Is There a Best Castration Therapy?

The recent surge in has reiterated a fresh demand for introduction of chemical castration for rapists in India. Besides, even some wives have requested it for their husbands to reduce their libido! What is chemical castration? When and how is it done? What are the pros and cons of doing chemical castration in sexual offenders? Read on to understand more about this method of castration.(2✔ ✔Trusted Source
Androgens and Estrogens In Benign Prostatic Hyperplasia: Past, Present and Future 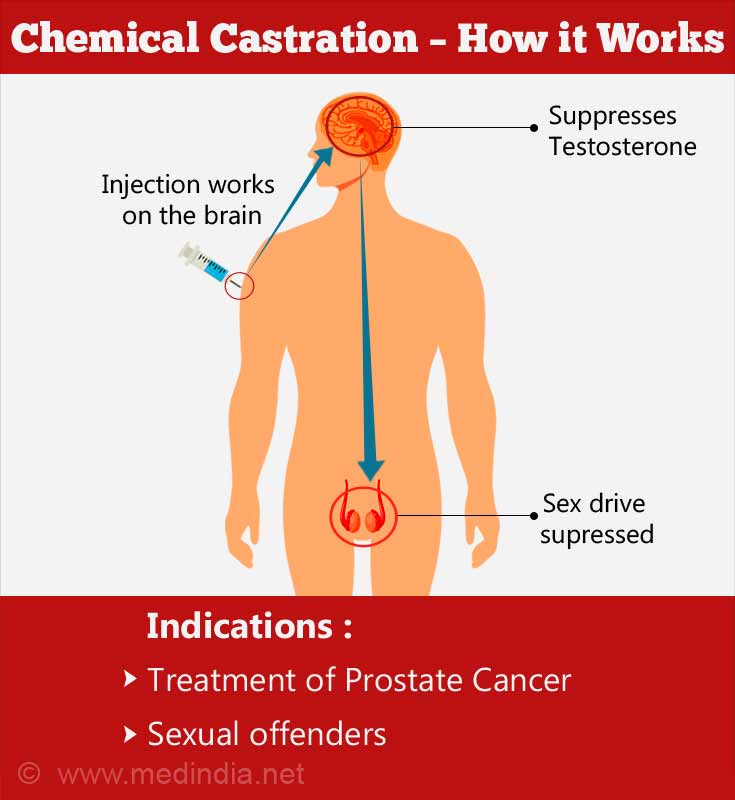 Though chemical castration has been adopted for sexual offenders including pedophiles in several states of USA and some European countries, it still remains a debatable issue in other countries. The first case of chemical castration in Asia was recently approved by a South Korean court, while other countries including Malaysia are pushing for the same punishment.(3✔ ✔Trusted Source
Chemical Castration: How a Medical Therapy Became Punishment and The Bioethical Imperative to Return to a Rehabilitative Model for Sex Offenders

There is a huge debate on whether chemical castration should be an option for such sexual abusers. Chemical castration reduces the aggressive traits of the person, which are often associated with testosterone. Some sexual offenders have requested the injection themselves when offered this choice.(7Pros and Cons of Chemical Castration 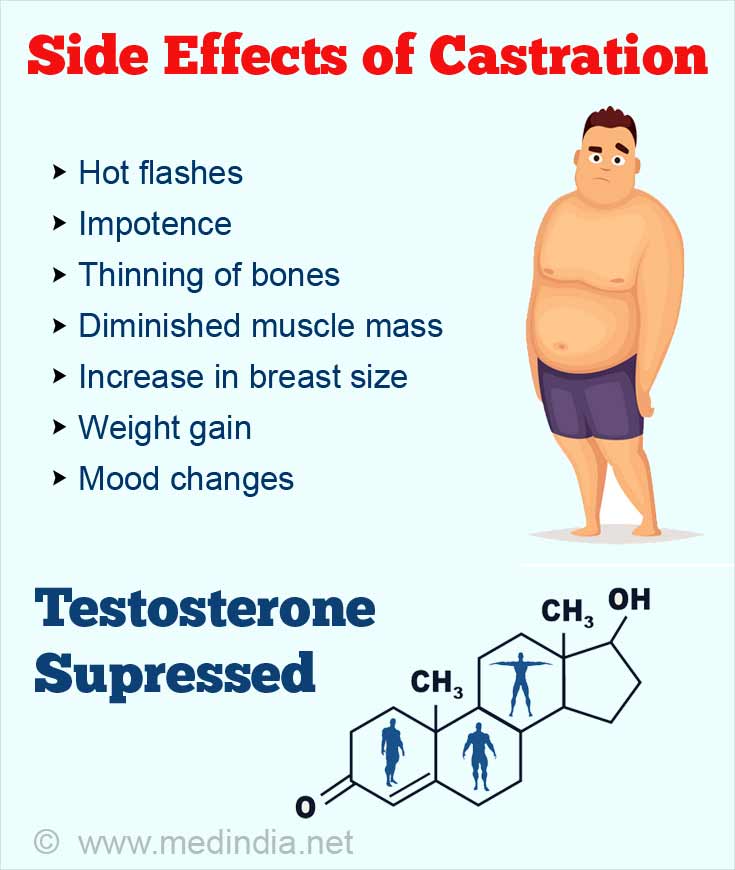 Top Ten Facts About Prostate Cancer This is the most controversial cancer in both treatment and diagnosis. Read interesting facts about this cancer.

'Chemical Castration' May Help To Lower Libido in Perverts As a part of a voluntary scheme, sex offenders in Britain have been given drugs that reduce sex drive and make it difficult for them to re-offend, according to the Ministry of Justice.