What is Chelation Therapy?

Chelation therapy is the process where a drug is used to eliminate a heavy metal from the body and thereby prevent its adverse effect.

Man is exposed to several heavy metals in the environment like lead, arsenic, cadmium, mercury etc. These are totally unwanted by the body and can accumulate and cause toxic effects. Children are particularly vulnerable to the effects of these metals, which may cause permanent damage in them. 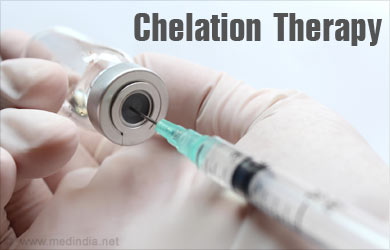 The exposure to heavy metals may be a one-time exposure to a large amount, or may occur over a long period of time. The exposure is usually seen in the work environment. People working in mines or factories using these metals can suffer from the toxicity due to accumulation of the metal over a prolonged period. Food and water often contain small quantities of metals, which if taken over prolonged durations can cause problems. We have recently seen a popular brand of noodles going off the shelves in India due to concerns over its lead content. Some local medications may also contain high quantities of these metals. 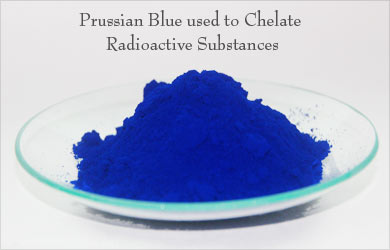 Unlike the heavy metals like lead, mercury and cadmium, copper is essential for the function of various enzymes in the body. However, excessive copper is toxic. This is often noted in patients with a condition called Wilsons disease. These patients lack an enzyme, which results in accumulation of copper within cells and may lead to organ damage. Drugs used for chelation of copper include:

Like copper, iron is also very important for blood formation and several other body processes. Some people have a high amount of iron which can be toxic to the cells. For example, patients with blood disorders like thalassemia receive repeated blood transfusions and have excess amounts of iron in the body. Iron-chelation therapy is used in these patients to eliminate the excess iron in the urine. Common drugs used for iron chelation therapy include:

Chelation therapy reduces concentration of heavy metals in the body by binding to them and facilitating their elimination. Thus, they are beneficial to patients with heavy metal poisoning, and iron and copper overload. There are other suggested but not proven uses of chelation therapy: 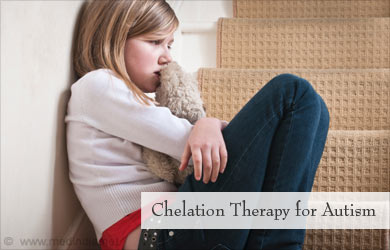 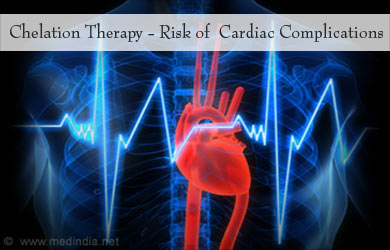 Lead poisoning in children Toys and parks are no longer safe for children. It is the main cause for lead poisoning.

Wilson's Disease This is a rare inherited systemic disorder of copper metabolism, affecting the liver mainly before other organs.

Why Is There So Much Hassle About the Lead Content In Noodles? American Heart Association reports that lead exposure may promote hardening of the arteries even at levels well below current safety standards.

Thalassemia Thalassemia is an inherited blood disorder passed on through parental genes causing the body to produce abnormal hemoglobin.

Chelation Therapy Saves Life of a 22-year-old Cardiac Patient in India It is a chemical process, used to remove heavy metals from the body. The therapy lowers the risk of myocardial infarction and death in cardiac patients.
Sign up for Wellness Consult a Doctor Sign up for Selfcare
Advertisement
Health Topics A - Z
A B C D E F G H I J K L M N O P Q R S T U V W X Y Z