We eat to live, grow and remain healthy. What happens when the nutrition from the food we eat, is not absorbed in the body? The purpose of food itself is defeated and the condition, not known to many, is labeled as Celiac Disease.

Celiac Disease is a genetic digestive disorder associated with malabsorption caused by the bodys abnormal immune reaction to Gluten, a protein found in food and cereals such as barley, rye and wheat.

In people with Celiac disease, the autoimmune reaction triggered by the consumption of food containing Gluten, damages the Villi, which are finger-like protrusions lining the small intestine that help in the absorption of nutrients from food. Therefore, victims of Celiac Disease remain malnourished despite eating food.

What is Gluten  This is a protein that helps in giving elasticity to baked food such as bread, pasta, noodles, pastries and cereals. It makes the food stretchy. Gluten protein is usually found in wheat, barley and rye.

Normally a protein like gluten should be broken down into amino acids and absorbed by the intestine. However in celiac disease the gluten is considered as foreign tissue and sets an immunological reaction that destroys its own cells such as the cells of the intestinal villi, which normally helps in absorption of food leading to malabsorption of food and leads to a variety of symptoms and ill effects.

If you or someone in your house is allergic to gluten always read the labels of the food you buy off the shelf.

Celiac Disease was first described by a Dutch pediatrician called Willem-Karel Dicke in 1940s. It is thought to be triggered by some environmental factors. Although at present there is no known cure for the condition but by following a strict gluten free diet one can lead a relatively trouble free life.

Food that contains Gluten are as follows:

Join a Celiac Disease Support Group - People with this condition should join a support group and keep in touch with others via a newsletter and visit the forum discussion boards to be in touch the latest research. Sometimes the discussion not only makes you understand the condition better but also accept it better.

Villi are tiny fingerlike stalks that line the small intestine. They absorb nutrients from digested food.

When your child has celiac disease, the villi become damaged and cannot absorb nutrients properly. 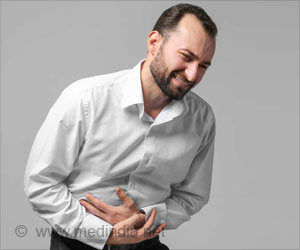