What You Ought to Know About Cavernous Malformation

What is Cavernous Malformation?

A cavernous malformation, also known as a cavernous angioma, is a cluster of enlarged and irregular blood vessels (termed as caverns) that are filled with blood and lined with endothelium. These vessels are stretched out and have thin walls, which can cause them to rupture and bleed. 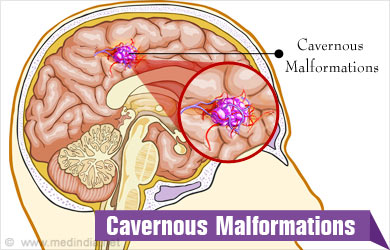 What are the Causes of Cavernous Malformation?

There is no definitive cause for cavernous malformations, but genetic research indicates that mutations in certain genes result in this disease in several cases. In most cases, this condition is present from birth, but the malformations can develop during the course of an individuals lifespan.

Sporadic cavernous malformations are not linked to genetics. They usually result in the formation of a single lesion while congenital or familial cases present multiple lesions with a correspondingly higher risk of complications.

Patients of Hispanic descent are more likely to have familial rather than sporadic cavernous malformations and this can be traced to early Spanish settlers. A child has a 50 percent chance of getting cavernous malformation if either parent has this disease as it requires just one mutated copy of the disease gene for the disease to manifest. This is why families with this disease have several affected members in successive generations.

What are the Symptoms of Cavernous Malformation?

Most cases of cavernous malformation are asymptomatic which is why they go undiagnosed. People with sporadic malformations are less likely to experience symptoms as compared to those with familial malformations. Cavernous angioma symptoms are completely dependent on the location and size of the lesion.

Symptoms of Cavernous Malformation in the Brain 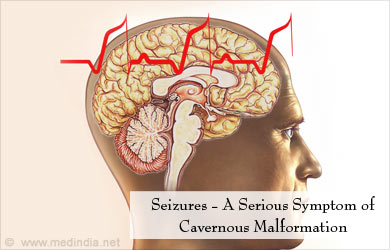 Symptoms of Cavernous Malformation in the Liver

A cavernous malformation in the liver is also known as a liver cavernous hemangioma or a hepatic hemangioma. This type of cavernous malformation is the most common form of benign liver tumors. Approximately, 40 percent of patients have multiple lesions on either lobe of the liver. Most cases of liver cavernoma are asymptomatic. Minor symptoms include lack of appetite, feeling satiated with very small meal portions, nausea and vomiting. Severe pain in the upper right abdomen is a more serious symptom as it could indicate a rupture.

Symptoms of Cavernous Malformation in the Eye

A cavernous malformation in the eye is also known as an eye cavernous hemangioma or an orbital cavernous hemangioma. It is more common in women between the ages of 20 and 40 years. If the optic nerve is compressed, the person may experience decreased vision or even double vision. In some cases, patients report exophthalmos, which is the bulging of the eye out of the orbit.

How to Treat Cavernous Malformation?

Cavernous malformation treatment varies greatly depending on the location and size of the tumor. The most common surgical procedures aim at removing the tumor completely or limiting the blood supply to it to reduce its size.

Treatment for Cavernous Malformation in the Brain

The prognosis and treatment of cavernous malformations in the brain varies from case to case depending on the location and number of lesions. The majority of lesions dont hemorrhage and even the ones that do bleed, leak blood at a very slow rate. Symptoms such as seizures can be treated with antiepileptic medications but if the patient does not respond to the drugs, surgery may be necessary. The surgical removal of the lesion is carried out using microsurgical techniques if the lesion is in a surgically accessible location.

Pontine cavernous malformations can be particularly dangerous as they are located in the pons, which is an area that is difficult to access surgically. Neurosurgeons generally tell their patients to wait for a few months after a mild bleed to give their body time to absorb the excess blood as this makes the boundaries of the lesion distinct and easier to extract. 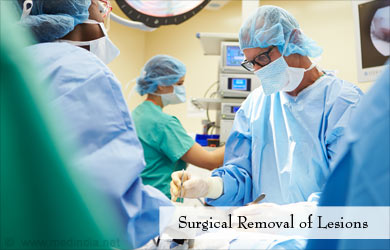 Treatment for Cavernous Malformation in the Liver

Cavernous malformations in the liver generally occur as solitary lesions that can range from a few millimeters in size to as much as 20 centimeters. Most of these malformations are typically less than 4 centimeters and those that are over 5 centimeters are referred to as giant hemangiomas.

Treatment for Cavernous Malformation in the Eye

Treatment for a cavernous malformation in the eye is not required or recommended for asymptomatic cases. This is because the risks of a surgical procedure far outweigh the possible benefits. These malformations are usually slow-growing tumors and their growth is closely observed with periodic MRI imaging before deciding on the requirement and method of surgical intervention.

If there is evidence of growth or optic nerve compression, a lateral orbitotomy surgery will be necessary. The surgeon will identify and cauterize the blood vessels supplying the tumor and the tumor is then removed.

How to Prevent Cavernous Malformation? 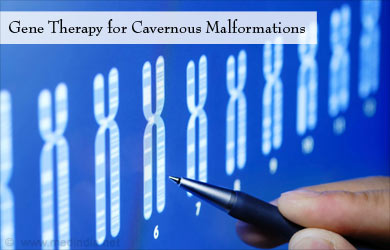 There is no known method of prevention, but prenatal genetic testing and counseling can help if there is any family history of the condition. In most cases however, the condition is only detected when bleeding occurs, which may even result in a stroke. The best thing you can do is seek emergency medical care if you notice any of the symptoms, as there is nothing that can be done at home.

Convulsions
Seizure or a convulsion is a result of abnormal electrical activity in the brain. If there are two or more unprovoked seizures at an interval of at least 24 hours, it is referred to as epilepsy.
Sign up for Wellness Consult a Doctor Sign up for Selfcare
Advertisement
Health Topics A - Z
A B C D E F G H I J K L M N O P Q R S T U V W X Y Z