Bacteria, viruses and fungi are the common causative agents of eye infections.

Microorganisms such as bacteria, viruses and fungi attack either the surface of the eye or enter the eye, thereby causing eye infection.

Various types of eye infections include:

People at risk of developing eye infections include:

Link Between Eye Infections and Contact Lens Use Exposed

A recent research has found that the use of a specific contact lens solution is very strongly linked to Acanthamoeba keratitis (AK), a rare severe eye infection.

Eye Infections, Fungus can Result from Use of Old Makeup

Old cosmetics can cause eye infections, as the older they are, the more chances they have of being infested with bacteria or fungus, skin experts have warned.

Eye discharge usually indicates the presence of infection or allergy and should be promptly treated. Allergic conjunctivitis results in white mucus discharge from the eyes.

Eye pain usually follows trauma, eye infection or inflammation of the eye and the surrounding structures. The cause of eye pain can be diagnosed based on the type of pain and associated symptoms.

Redness of the eye occurs due to the dilation of the blood vessels of the eye. It can occur due to excessive straining or due to inflammation.

When your eye is the mirror to your soul, how can you ignore your eye health? Take this quiz to find out how much you know about the common eye ...

Endophthalmitis means bacterial or fungal infection inside the eye involving the vitreous or aqueous humors and the retina and choroid.

Hand sanitizer is a gel that contains alcohol, which kills the germs and thus, protecting us against the onset of infections. Hand sanitizers are easy to use, and portable. Read this article to know more about the advantages, dangers and the correct ... 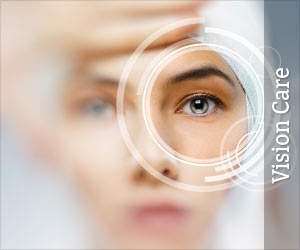 Gramicidin is a mixture of three compounds gramicidins A, B, and C, which are obtained from the soil bacterial species ...

Moxidectin tablets are prescribed to treat river blindness or onchocerciasis caused by the parasite Onchocerca ...