Caffeine, like everything else, also has a flipside. Research has been able to establish a link between caffeine and some negative health effects, but hasnt been able to adequately measure the impact yet.

Research is shedding both positive and negative light on caffeine and its effect on the human body. Its easy to be bogged down by the load of information about caffeine that pops up every day. What you can do, however, is to cut down on your caffeine intake (from coffee and other sources), if you are already dependant on it. Experts suggest gradual withdrawal, so that the system is not shocked by the sudden cut in all supply of caffeine. You might suffer withdrawal symptoms; deal with them appropriately.

Energy Drinks - Power or Hype?
Energy drinks come with the promise of giving a boost during a workout unlike anything an energy rich food can provide. This discussion will give an insight to the pros and cons of energy drinks.
READ MORE 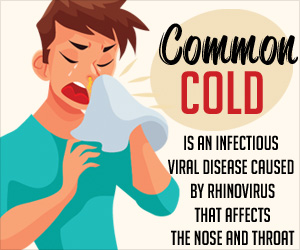 Infographics on Common Cold
Common cold infographic gives information on how cold spreads and ways to protect yourself from cold.
READ MORE