Bulimia Nervosa is commonly found affecting young adolescent girls and is characterised by episodes of uncontrolled eating, followed by self-induced vomiting or purgation

Bulimia was first described in 1979 by Gerald F.M. Russell. He described the key clinical features of bulimia in 30 patients whom he had seen between 1972 and 1978. Russell described the syndrome as an 'ominous variant' of Anorexia Nervosa. His original description is enclosed below.

"In 30 patients whose illness bears a close resemblance to Anorexia Nervosa,...episodes of overeating constituted the most constant feature of the disorder.... Overeating was often overshadowed by more dramatic clinical phenomena--intractable self-induced vomiting or purgation.... The constancy and significance of overeating invite a new terminology for description of this symptom - Bulimia Nervosa." (Gerald F.M. Russell, 1979). 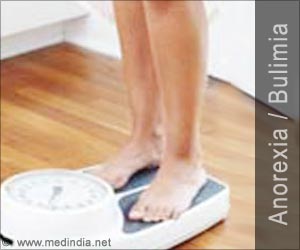