is a contagious disease caused by bacteria.

Three types of the bacteria of the genus Brucella have been identified as the causative agents for brucellosis and they include Brucella abortus, Brucella melitensis and Brucella suis. Brucellosis is a rare disease. In the USA about 100 - 200 cases occur annually. 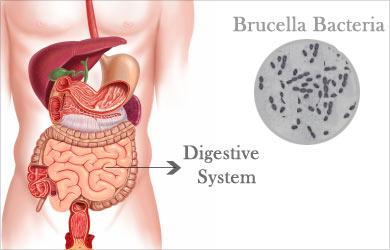 People usually acquire the disease when they come in contact with infected animals, including sheep, goats, pigs, cattle and dogs, or by consuming animal products. A common method of contracting brucellosis is people eat unpasteurized or raw diary products such as milk or cheese.

Inhaling the bacteria is another mode of transmission of the brucellosis - causing bacteria. The causative bacteria can also enter the body through skin wounds or by any injuries or cuts in the mucus membrane. Those at risk for these methods of transmission include those working in the laboratories, slaughter houses and meat-packing establishments, veterinarians and those who hunt or breed animals, who are at a risk for exposure to these bacteria.

It is very rarely that brucellosis spreads through person- to- person contact and when it happens, it gets transmitted from infected, breast feeding mothers to their infants. It can also occur through sexual contact and, very rarely, through blood transfusions or organ transplants.

Brucella bacteria can be easily dispersed through air, therefore, these bacteria have the potential to be used as agents in bioterrorism.

Symptoms and Signs of Brucellosis

Acute Brucellosis may present with flu-like symptoms such as fever, sweats, malaise, anorexia, pain in muscles and joints, abdominal pain, headache and fatigue. 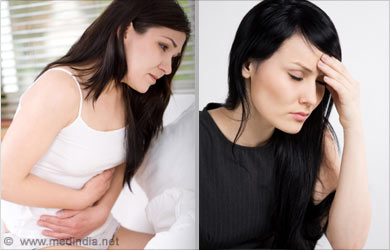 Some of the symptoms last for a longer period of time and they include fevers which become recurrent, swelling of heart and scrotum area, arthritis, swelling of the liver and or spleen, persisting fatigue and depression. Some symptoms may never actually go away but may last for several weeks or even for months.

The fever is likely to spike in the afternoon. Brucelosis came to be known as undulant fever due to the rise and fall in temperature.

Complications of brucellosis include lesions in the bones or joints, encephalitis, infective endocarditis and meningitis.

Diagnosis and Treatment of Brucellosis

Diagnosis of brucellosis infection is generally made by carrying out blood tests and detecting antibodies against the causative bacteria. Tests may also be conducted using bone marrow and other body fluids although this is quite rare. 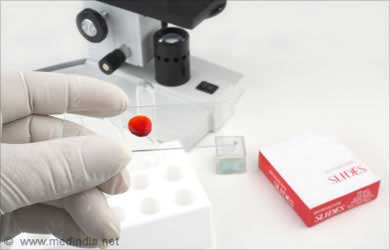 Once diagnosis is done, the treatment of brucellosis is carried out by administering a combination of the antibiotics doxycycline and rifampin for at least 6-8 weeks.

It is recommended that the patient informs the doctor -

Symptoms of brucellosis may persist for years and the condition is likely to recur even after long gaps.

The best way to prevent brucellosis is by avoiding unpasteurized milk, milk products and undercooked meat. Pasteurization is a process by which milk is boiled to a very high temperature in a very short period of time. This process ensures that milk is safe for consumption. 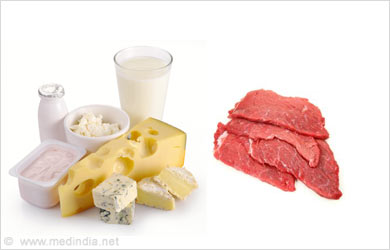 Individuals who handle animals or animal tissues must remember to wear rubber gloves, gowns and goggles to avoid the bacteria in coming with eyes or skin.

Vaccination against the disease is available for cattle but not humans.

Latest Publications and Research on Brucellosis

Brucellosis Bacteria Has Light-sensing Ability A study conducted at the University of California, Santa Cruz has revealed that the bacteria that cause brucellosis can sense light.

Quiz on Flu Influenza (or rather, the flu) is a cold weather infectious condition that affects the young and old alike. Though most reported cases are mild, the flu can sometimes cause severe and life-threatening complications in both children and adults, ...