Bronchiectasis is a respiratory condition that affects the functioning of the lungs. Air is normally carried through narrow passageways or tubes that are called bronchi. In bronchiectasis, the bronchi get damaged and there is a widening of these airways that make them flabby and scarred. This impedes their ability to carry air in and out of the lungs. 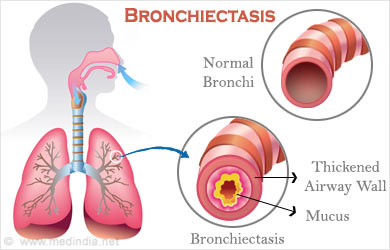 In a healthy individual, the bronchi contain glands that release mucus which help keep the airways moist and filter out any dust or germs that you might inhale. As the unrestricted buildup of such mucus would cause a blockage, the mucus is constantly moved out by cilia, which are tiny hairs within the tubes. When suffering from bronchiectasis the widened state of the bronchi makes this self-cleaning or clearing mechanism ineffective. The consequent buildup of mucus not only increases the risk of blockage but also increases the likelihood of bacterial infection. This can cause inflammation, which further damages the airways.

Once the damage is done, the problem only spirals as each infection causes further damage and widening of the airways and the risk of another infection increases yet again. This is why bronchiectasis patients tend to have recurrent lung infections, many of which are very serious. Bronchiectasis can actually be life threatening because over time the damage may be so severe that the airways become completely dysfunctional and cannot move air to and from the lungs. In extreme cases or in the advanced stages the condition can cause respiratory failure, heart failure or atelectasis.

In the past bronchiectasis was most commonly caused as a result of severe respiratory infections during childhood, with measles or whooping cough being the most common culprits. With increased immunization in the past decades, the numbers of children affected with such diseases have reduced dramatically. Today, pneumonia is regarded as the most common cause of bronchiectasis. Other causes can include the following: 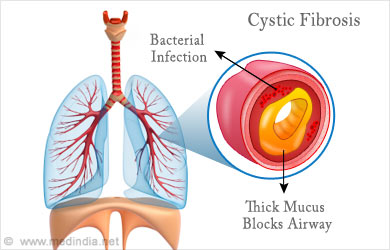 In as many as half of all cases, health care providers cannot identify the cause of bronchiectasis and thus termed as idiopathic bronchiectasis.

Symptoms and Signs of Bronchiectasis

The symptoms of bronchiectasis will not often appear till later. Sometimes the condition develops after a childhood infection but only surfaces after many years. The symptoms are also very similar to those seen in common respiratory conditions and may not be recognized immediately. These include: 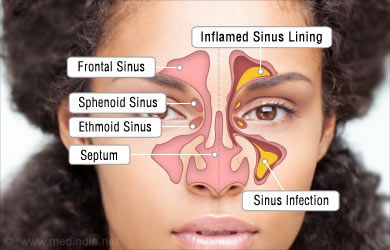 In some cases, patients also experience chest and joint pain, and may notice blood in the sputum.

A diagnosis of bronchiectasis may be made initially based simply on patient symptoms, a physical examination and by looking at the patients medical history. To confirm a diagnosis doctors can recommend tests such as: 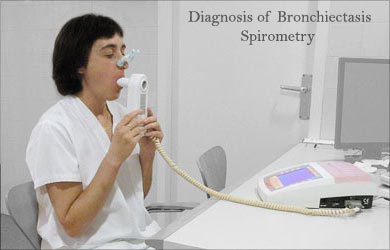 The prognosis for anyone suffering from bronchiectasis is likely to vary considerably because it depends on various factors, from the underlying cause to the extent of damage caused before the condition is diagnosed and so on. Living with the condition can be extremely stressful as there is no cure for the condition itself. Moreover, damage to the airways caused by bronchiectasis is irreversible. This said, most patients have normal life expectancy and can live productive lives if they can follow the required treatment plan and lifestyle modifications.

In severe cases however, bronchiectasis may prove to be fatal as there is a high risk of the lungs failing altogether. There is also a risk of collapsed lungs or heart failure, which can be fatal. Early diagnosis can make a huge difference and will greatly improve chances of having a normal life and higher life expectancy.

Treatment of bronchiectasis cannot cure the condition but it is meant to provide relief to the patient and to help manage and cope with the condition. Lifelong management is necessary as this helps to prevent or restrict further damage to the lungs. There are two approaches to treatment, both of which share the same goal of clearing mucus from the airways and preventing further lung damage. 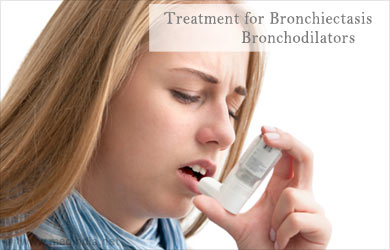 Treatment with Rehabilitation and Physiotherapy:

In severe cases where such methods do not yield adequate results, doctors may recommend surgery. Surgery is only recommended if the bronchiectasis is localized and has only affected small and specific regions of the lungs. Surgery may also be necessary if there is major bleeding in a part of the airway, making surgical removal of the affected part necessary. In the rarest of cases, patients may be advised to opt for a lung transplant.

Latest Publications and Research on Bronchiectasis

Research Finds Bronchiectasis Increases Mortality Risk in Moderate-to-Severe COPD A new study from researchers in Spain says that bronchiectasis is independently associated with an increased mortality risk in patients with moderate-to-severe COPD.

Air Pollution Shoots Up the Risk of Death in Bronchiectasis Patients Living close to a busy road is associated with a higher risk of death due to bronchiectasis, a new study revealed

Pulmonary Fibrosis Do you find yourself out of breath and coughing a lot lately? Do you work in dust prone places? Well, then you might have pulmonary fibrosis.
Sign up for Wellness Consult a Doctor Sign up for Selfcare
Advertisement
Health Topics A - Z
A B C D E F G H I J K L M N O P Q R S T U V W X Y Z