Recent Advances in the Management of Breast Cancer

Recent Advances and the Present Status of Breast cancer Management

The crab that invades the breast is no more a fear factor with all the advancements that medical science has achieved. We have customized protocols can fight breast cancer effectively.

If you suffer from this dreaded disease what are your options? Do you need to live in fear? What follows are the current methods used in the management of breast cancer - 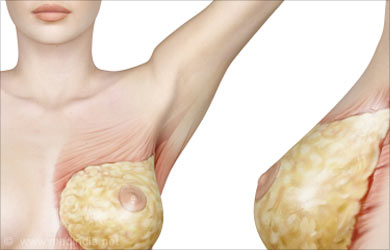 Lumpectomy: Here the lump (the tumour) and a small amount of nearby normal tissue are removed.

Partial mastectomy: This is also called segmental mastectomy; the part of the breast that has cancer is removed along with a small amount of normal tissue.

Along with BCS, sometimes lymph node dissection will be required. It is a procedure where some lymph nodes are removed for biopsy. Lymph nodes are aggregates of tissue that take part in filtration of lymph and storage of lymphocytes (white blood cells).

BCS followed by radiation therapy has replaced mastectomy as the preferred surgery in the treatment of early-stage breast cancer.

In the past Mastectomy was the only surgical option. In mastectomy the breast (as much tissue as possible) is removed, Only about 75% of women diagnosed with breast cancer survived 5 years. Little was known about the genes associated with breast cancer. Trials with chemotherapy using multiple drugs, hormonal therapy were all in their infancy.

Combination chemotherapy using multiple drugs is now standard in the adjuvant treatment of early-stage breast cancer. The aim of this modality is to kill cancer cells that may have spread beyond the breast. An adjuvant therapy may be defined as the treatment given to patients after surgical removal of their primary tumour.

When the hormone oestrogen (a hormone is one that serves as a chemical messenger) binds to the above mentioned receptor, the cancer cells grow. Drugs that inhibit this interaction would hence prevent the growth of cancer cells. Such drugs are now available- SERMS. The acronym SERMS stands for Selective Oestrogen Receptor Modulators. A typical example is Tamoxifen.

Tamoxifen and another SERM called Raloxifene may also prevent an invasive breast cancer from developing. Invasive or infiltrating breast cancer is one that invades adjacent normal tissue.

Another category of drugs useful in managing oestrogen receptor positive cancers are Aromatase Inhibitors. These inhibit oestrogen production by the body. Available ones include Anastrozole and Letrozole.

Molecular targeted therapy took birth in the 1990s. It was found that about 20% of breast cancers overproduce a protein called human epidermal growth factor receptor 2 or HER2. Such cancers are more aggressive and have greater chances for recurrence. This protein is selectively acted upon by Trastuzumab (Herceptin) which is a monoclonal antibody. Monoclonal antibodies are made in laboratories from a single type of immune cell. Trastuzumab when combined with chemotherapy is highly effective.

In addition there are Tyrosin kinase inhibitor drugs that block signals required for tumour cells to grow. Drugs of this class like Lapatinib come to aid when treatment with trastuzumab has failed.

High doses of chemotherapy followed by replacement of blood-forming cells (these cells may die during the cancer treatment) are in clinical trials.

Breast cancer runs in families. It was in 1994 that the BRCA1 gene was isolated. This, along with BRCA2 gene may undergo mutation and account for up to 90% of hereditary breast cancers. Women with these mutations have a 10 times higher lifetime risk to develop breast cancer than the general population.

Today about 90%of women diagnosed with breast cancer survive their disease at least 5 years.

Breast Cancer - What Lies in the Future >>

Do you wish to consult a General Surgeon for your problem? Ask your question

Breasts - Structures and Types
Different stages of breast development in women and an in-depth look at the breast/bust and its structure.

Quiz on Breast Cancer
Breast cancer is one of the leading causes of cancer deaths among women. It is often said that a woman who breast-feeds is at a lower risk of developing cancer compared to another who does not .Are these mere old wives tales or is there some truth ...

Breast Lumps-Screening
Breast lumps must never be neglected but instead be subjected to medical examination to rule out cancer.

Breast Lumps
Most breast lumps are caused by hormonal changes in a woman and may not be cancerous. Common causes of breast lumps include fibroadenosis, breast cancer, breast cyst.

Breast Cancer - Prevention and Management with Lifestyle Changes
Lifestyle choices may or may not cause breast cancer but healthy lifestyle changes can open up avenues beyond breast cancer. Good habits will allow one to fight breast cancer and to live with dignity.

Breast Biopsy
Breast biopsy involves removing a sample of breast tissue to determine whether it is cancerous or benign.

Breast Cancer Management: Advances
The crab that invades the breast is no more a fear factor with all the advancements that medical science and customized protocols can fight breast cancer. the recent developments in the management of breast cancer.

Triple-Negative Breast Cancer
Triple-negative breast cancers are ER negative, PR negative, and lack overexpression of HER-2. They are difficult to treat and are very aggressive.