What is Body Mass Index (BMI)?

It was first invented in the 19th century by a Belgian polymath called Adolphe Quetelet, hence it is also known as Quetelet Index.

BMI gained popularity as a body weight-tracking device in the mid twentieth century. This coincided with the time when obesity began to raise its ugly head in the more prosperous west. It became a tool whereby a doctor could actually gauge a patient being too heavy or too thin and even discuss the issue with the individual.

To calculate BMI, you need to know your weight and height in kilo-grams and centimeters or meters. The weight of a person is then divided by the height.

If you only know your height and weight in inches and pounds the calculation is a little more complex.

A change in BMI over a short period of time is often used to measure the change in ones lifestyle habits.

People of the same age and sex have different BMI depending on the amount of fat content in the body. However, with BMI, some exceptions apply to the general rules and there is the risk of both over- or under- estimating the total amount of body fat in an individual. Due to this shortcoming some researchers use it only as a tool for population measure.

Although not a perfect index in predicting health risks, BMI is able to predict the underlying risks in a large population and can be used as an early warning sign that can suggest if lifestyle changes are required or not.

BMI can be misleading in terms of a persons body fat as it solely depends on the net weight and height of a person. It ignores the distribution of muscle and bone mass

The medical fraternity has identified and acknowledged some of the limitations of BMI.

BMI calculation is solely dependant on the net weight and height of the individual and does not consider the distribution of muscle and bone mass. BMI also does not differentiate between body fat and muscle mass. This may often result in misleading information with regard to the amount of fat in an individual.

The argument against BMI is so intense in some quarters that it's use as a tool to evaluate health risks in individual is strongly disfavoured.

Exceptions to the Rule in BMI estimations

As mentioned previously BMI does not differentiate between body fat and muscle mass; hence there are some exceptions to the BMI guidelines.

Indian and Other Asians are generally stouter for their height and are more prone to suffer from diabetes and heart disease. Hence the cut-off for the calculation of overweight may need to be lower. In this population, even a person who has a BMI as low as 23 should be considered at risk.

Due to the above short-comings BMI is not routinely used to predict the health risks of an individual. It is now believed that a persons waist circumference is a better predictor of health risks.

BMI of an individual is calculated by dividing the body weight by the square of the height.

To calculate the BMI of an individual, the body weight is divided by the square of the height. The formulae universally used to measure BMI are tabled below-

The following BMI values approximately indicates the physical body type of the person.

In day- to- day practise, BMI maybe used as a simple tool to identify individuals who have an average body composition and who lead a sedentary lifestyle.

For example an adult who puts on five kilograms in 6 months, shows an increase in the BMI  indicating that he or she requires regular exercises and diet control.

BMI is a reliable tool to evaluate body fatness and growth patterns in children and adolescents.

Although the method of calculation of BMI in children is similar to adults, it provides room for comparing notes!

Once the BMI is calculated in the same way as for adults it is plotted on the BMI-for-age growth charts to get a percentile ranking. This may be exclusively for boys or girls.

BMI Percentiles are good indicators to evaluate the growth patterns in individual children. They help to assess the relative position of a child among children of the same sex and age.

BMI is not a diagnostic tool. It can only indicate if the child is overweight or not. If overweight, there is 62% to 98% chance of being overweight at age 35 and this increases their risk of heart disease and diabetes.

It must be noted that the amount of fat in children changes with age. It also tends to differ between boys and girls.

To determine if the increased fat has health consequences, further tests needs to be carried out. Some of these might include-

Your Health and BMI

Calculating BMI indicates if you are overweight or underweight. Both these conditions can affect your health and puts you at an increased risk of chronic illnesses

Large population-based research shows that if you are overweight and your BMI is between 25 to 27, the risk of death (in comparison to a normal person) increases by 20 to 30%.

Overweight people are at a greater risk (almost 60% more) of developing health problems. A BMI of over 25 in a person, with sedantary lifestyle, makes them more prone to the following problems:

An underweight person, now common among the weight- conscious younger generation, carries his own health risks.

If your BMI is less than 20  it indicates you are underweight and may be in the malnourished category of people. Lack of calories, vitamins and minerals in the food can play havoc on your systems and make you more suscptible to infetions due to a weak immune system. Besides this you are more prone to 

The mantra for being healthy in this competitive world is to eat sensibly and exercise regularly. In a busy daily routine the only way to ensure an ideal body weight is by keeping a mental note of the ones body weight.

An obese person, besides being the butt of tasteless jokes, is not actually an object of envy. On the other hand, a thin individual might fit into any garb easily, but may not actually be in the pink of health. So the focus must be on eating healthy and exercising moderately on a regular basis to keep lifestyle disease at bay.

Remember your life is in your handswell almost!

Proper and healthy diet, Exercising regularly [Do exercise regularly at least for 20-30 minutes with moderate intensity] and Active lifestyle .. makes your body within the frame

i am 5'10". my weight is 56 kg. i am 24 years old.I am athletic, plays football.but everyone is complaining that i am so thin. IS there any issue with this? 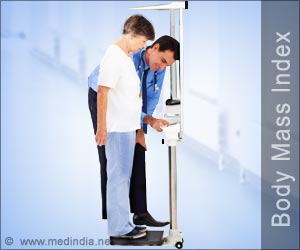 Quiz on Body Mass Index (BMI)
Excessive weight could cause numerous health problems like heart disease, osteoarthritis etc. Though most of us depend on taking our weight on a scale to assess if we are overweight. A better method, however, is to measure the body mass index ...
READ MORE