What is Body Dysmorphic Disorder?

Body dysmorphic disorder (BDD) is a chronic psychiatric or mental disorder which makes people feel insecure about their appearance. They are obsessed with a minor flaw in their body or imagine that they have a flaw in their body, which may not be present at all. This makes them feel depressed. A person affected with BDD will try to do whatever is possible to fix the flaw, from make-up to exercises and even cosmetic surgery. But still they will not feel contented about their appearance.

BDD is also called dysmorphophobia which is the fear of having a deformity. BDD obsessions may generally be with a persons face or any one particular part of the body. The obsession affects the patients personal life making it difficult to concentrate on studies or his career. Anxiety and depression can also follow due to persistent negative thoughts. The patient may avoid socializing to protect his defects from others, and may even contemplate suicide. 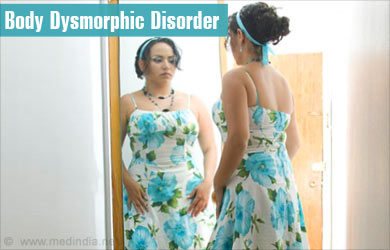 What are the Causes of Body Dysmorphic Disorder?

Body dysmorphic disorder is a major psychological disorder not caused by any particular reason. It usually starts during adolescence and can affect both males and females. Like most other mental illnesses, it may be a result of a combination of factors such as:

What are the Symptoms and Signs of Body Dysmorphic Disorder?

The symptoms of body dysmorphic disorder widely vary from person to person. Individuals affected by BDD are generally obsessed with certain body parts or changes in their eyes, hair, and nose, among others. Some examples of their obsession include: 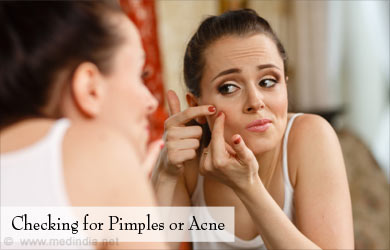 An individual affected with BDD may show these signs:

An individual with BDD is extremely preoccupied with the imagined or minor flaw. This result in significant distress or problems in personal, professional and social life of the individual.

How to Diagnose Body Dysmorphic Disorder?

Body dysmorphic disorder is generally diagnosed by doctors using certain tests. These tests include both medical and psychological tests that help in pinpointing the disorder.

Physical examination and laboratory tests are used to diagnose any other condition that may be contributing to BDD.

A psychological examination will help more clearly to diagnose the exact condition and to understand its severity. It also helps to identify any associated psychiatric illness, if present. 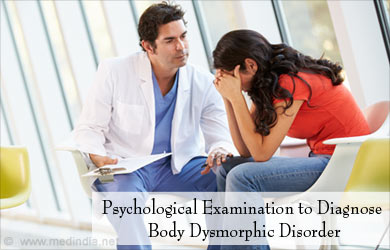 How do you Treat Body Dysmorphic Disorder?

Treatment used for body dysmorphic disorder may include medication and cognitive behavioral therapy. Medication treatment is usually necessary only for more severely ill and suicidal patients.

Cognitive behavioral therapy focuses on several aspects which include:

The most common form of medication given for BDD patients are from a group of drugs called Selective Serotonin Reuptake Inhibitors (SSRIs). Some common drugs in this group include citalopram, fluoxetine (Prozac), etc. In some cases, a tricyclic antidepressant called clomipramine is also used to treat BDD. Though these drugs are effective and are commonly being used, they are not approved by the FDA for this purpose.

SSRIs are antidepressant medications that have been proved to be effective for BDD.

They help in controlling obsessions and compulsive behaviors. BDD-related distress and suicidal thoughts also usually improve. SSRIs have positive effects on the patient by correcting a "chemical imbalance" in the brain.

Patient must be tried with SSRI for 1216 weeks before concluding about its effectiveness. 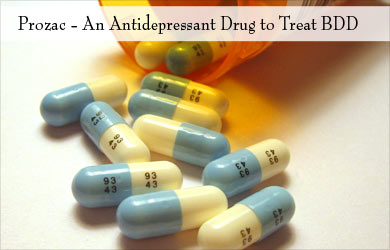 BDD cannot be prevented since there is no known way. Generally BDD tends to start during the adolescent age. Therefore, by encouraging children to feel positive about their appearances and by teaching healthy socializing ways, the risk of developing this disease can be decreased. Providing a supportive environment to patients will also help in decreasing the severity of symptoms.

Do you wish to consult a Psychologist for your problem? Ask your question

Quiz on Anxiety Disorder Intense fear, persistent worry, bad dreams, feelings that you may be going crazy ï¿½ sounds familiar? Take this quiz and find out more on symptoms and treatment of anxiety ...