Bleeding disorder is an acquired or an inherited condition, which is characterized by excessive bleeding in the persons affected by the disorder.

In our body, blood circulates inside the blood vessels called the veins, arteries and capillaries. If there is a crack or damage of the vessel then bleeding occurs into the organs or externally. 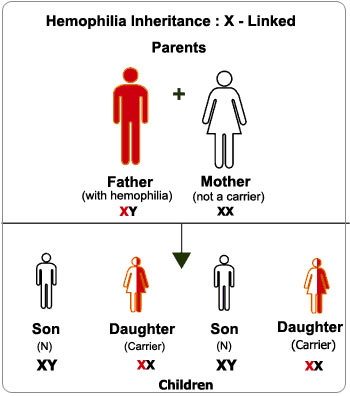 Under normal conditions, our body resorts to its own mechanism to cope with bleeding through a process called hemostasis. During this process the blood vessels constrict to decrease blood flow and platelets in the blood accumulate to form a plug. This is then stabilized by a film of fibrin that forms a barrier. This barrier remains in place till the injury is fully healed.

The process of clot formation, involving a range of clotting factors, occurs sequentially in a coagulation cascade. The clot is dissolved (fibrinolysis) once the wound is healed.

In people with bleeding disorders, the clotting process is impaired and this results in spontaneous bleeding. If a component that aids in clotting is missing, deficient or is dysfunctional then it results in excessive bleeding.

The disorders are first detected during early childhood and the resultant bleeding can be very severe.

Bleeding conditions do not have a permanent cure. They can, however, be managed.

Consensus on Diagnosis and Treatment of Bleeding Disorders in Women Reached Women who have excessive bleeding after their menstrual cycle, may have underlying diseases that are underdiagnosed

World Hemophilia Day 2011 Hemophilia, earlier known as the 'disease of the kings' is a hereditary bleeding disorder that occurs due to lack of certain clotting factors.

Menorrhagia Menorrhagia is a condition where a woman has menstrual periods that are heavy or prolonged and causes anemia in women and affect their quality of life.

Aplastic Anemia Aplastic anemia (AA) is a term that refers to a condition where the body fails to produce enough blood cells.

Quiz on Deep Vein Thrombosis Did you know that prolonged sitting can cause a blood clot? Or if that clot stuck in the lungs death ensues? Learn more about deep vein thrombosis from this ...

Bruises Symptom Evaluation Do you have discoloration of skin? You may have a bruise due to rupture of small vessels under the skin without a tear in the skin.

Quiz on Blood Donation As there is no substitute for human blood, Blood donation is one of the noblest of human actions; a simple gesture to help a needy stranger. If you have any apprehensions or queries on the facts of blood donation, take our Blood Donation quiz; ...