Birth Control Patch  How to use

The birth control patch is started on the first day of menses, changed every week and skipped every fourth week.

The woman should initially undergo a complete medical examination to confirm that she can use a hormone - based contraceptive. She should also inform the doctor if she is taking any other medication that could interfere with the effect of the patch. She should start using the patch on the first day of her period. The patch should be removed from its packing and the protective cover peeled off just before use. The patch may be applied on either of the following sites - buttocks, upper arm, upper torso (but not on the breasts) or lower abdomen. The location should be changed each time the patch is applied to reduce the chances of skin irritation. The woman is advised to use an additional method of contraception for the first 7 days of initial patch application.

The patch is changed every week on the same day ("Patch change day") for 3 weeks. It should be skipped for the fourth week. It usually does not come off on its own even if soaked in water. In case it does come off within 24 hours after application, the woman may reapply the same patch or try out a new patch. If the woman has crossed 24 hours after it has fallen off - a new patch should be applied and an additional contraception should be used for 7 days.

The effects of the patch are reversible. The ovary starts releasing the egg within 3 cycles of stopping the patch.

What are the consequences of using birth control pills during menstruation?

hi My Gynae recommended that I use the Evra patch, after a while my gynae did a test and he found out that my right side fallopian tube was blocked and confirmed that I will never fall pregnant again.Please advise me if the patch caused that blockage? 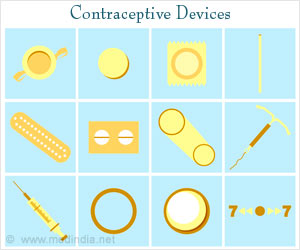