1. Which doctor should I consult for a Prostate Biopsy?

You should consult an Urologist or a General physician.

2. What is an abnormal test result?


3. What is a Robotic Biopsy System?

A robotic system, which can perform accurate biopsy of the prostate, would indeed eliminate many of the existing drawbacks of conventional prostate biopsy procedures.

The robot's greatest contribution would be accuracy. It would be capable of delivering a biopsy needle to a predefined point in the prostate with an error of less than 1 mm.

This procedure ensures a uniform standard in prostate biopsy which is independent of the urologist's skills and experience.

The urologist could plan the trajectory of the needle so that a chosen biopsy protocol is followed closely and consistently.

The system also allows the ultrasound based 3D model of the prostate to be magnified and rotated to aid in the definition and visualisation of would be biopsy points.

4. What are the advantages of Robotic Biopsy system?

Multi-core biopsy - Another advantage of Robotic biopsy system is the possibility of performing multiple-core biopsy with just a single puncture point. The possibility of infection with the biopsy needle passing through a non-sterile field increases with every additional puncture, which is reduced by robotic biopsy.
Published on Apr 10, 2014
Last Updated on Apr 10, 2014

Well I won't be doing that again! Had transrectal prostate biopsy on Monday, by Wed evening was in hospital with blood infection and also severely painful infection in right testicle. Took three days of antibiotics to get rid of the infection and fever, but I'm told the testicle [swollen to three times normal] will take weeks to return to normal size. No one saying anything about whether it will still work or not. Lovely.

i have questin from the 3 years i am sefering from the stone problem in the abdoma ,size 13mm..please help me..what to do?? email me:-smart2nikhil@gmail.com

INDIAN DAIRY has been involved in the Dairy Business since many years in Delhi, India.

I am having a prostate biopsy on Dec. 5 at the V.A. hospital what can I expect? 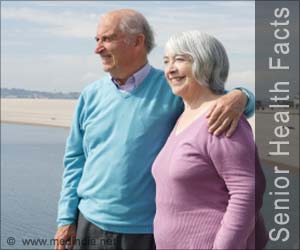