What is Bernard-Soulier Syndrome?

In 1948, Jean Pierre Soulier and Jean Bernard discovered a bleeding disorder in a male patient who was the offspring of a marriage between close relatives. They termed this condition Bernard-Soulier syndrome. Bernard-Soulier syndrome (BSS) is a rare blood disorder of the platelets. It is a hereditary autosomal recessive disorder. Patients with BSS have large platelets, thrombocytopenia and a longer bleeding period. The major cause for this bleeding was discovered to be the lack of a glycoprotein receptor complex ((Gp)-Ib-IX-V) that coats the platelet wall. The discovery was made in 1975 by researchers, Nurden and Caen, where they observed a mutation in the genes encoding the ((Gp)-Ib-IX-V) complex. 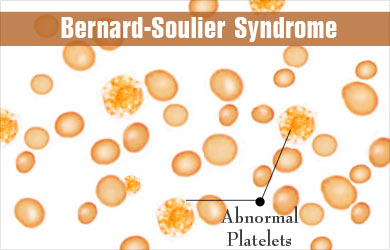 Bernard-Soulier syndrome affects both genders and is normally seen in families where marriages occur between relatives. The exact prevalence rate of this disease in the world is not clear due to underreporting of this condition but estimates set the rate as one affected individual out of 1000000. Bernard-Soulier syndrome carriers do not show any adverse symptoms apart from certain instances of mild bleeding.

What are the Causes of Bernard-Soulier Syndrome?

What are the Symptoms and Signs of Bernard-Soulier Syndrome?

One of the primary symptoms of Bernard-Soulier syndrome is excessive bleeding. Due to defects in the ((Gp)-Ib-IX-V) receptor complex, clotting is absent as platelets are unable to stick. 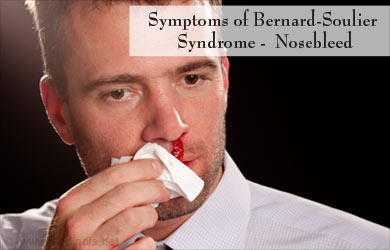 How to Diagnose Bernard-Soulier Syndrome?

Many laboratory tests are performed to make a confirmatory diagnosis. One of the tests is to analyze the time it takes for the skin to stop bleeding. In patients with BSS, the bleeding time ranges from 5 to 10 minutes to an extended bleeding time that is more than 20 minutes.

Microscopic blood smear tests examine the morphology of platelets. In general, patients with BSS have few platelets with large and round shapes. Platelet blood counts are examined to determine if the patient has BSS. In such cases, the platelet count ranges from 20 000 to 100 000/ml. 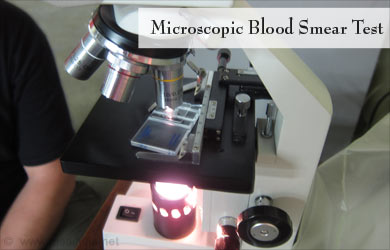 What are the Treatments for Bernard-Soulier Syndrome?

Bernard-Soulier syndrome is treated with the following: 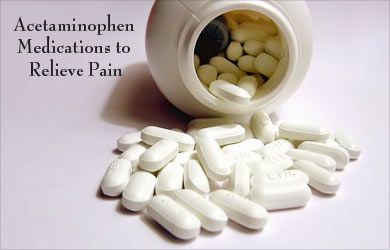 How to Prevent Bernard-Soulier Syndrome?

Prevention of BSS is only possible through pre-natal counseling and testing to avoid hereditary transmission of genes causing the syndrome.

Bleeding Disorders Bleeding disorder is an acquired or an inherited condition, which is characterized by excessive bleeding in the persons affected by the problem.
Sign up for Wellness Consult a Doctor Sign up for Selfcare
Advertisement
Health Topics A - Z
A B C D E F G H I J K L M N O P Q R S T U V W X Y Z