What is New in Autism?

Early supplementation of omega fatty acid can help improve behaviors in toddlers with autism spectrum disorder (ASD) symptoms. Sarah Keim, Ph.D., lead author on the study and principal investigator in the Center for Biobehavioral Health in The Research Institute at Nationwide Children's said- "The trial had two goals. First, we wanted to confirm the feasibility of a large study of toddlers born very preterm and exhibiting symptoms often seen with ASD. Second, we wanted to see what the effects of omega fatty acids would be on parent-reported ASD symptoms and related behaviors." Read More..

Children who are diagnosed with autism and their younger siblings are less likely to be vaccinated when compared to other children, finds a new study.Large differences have been found in vaccination rates between children with and without autism spectrum disorders, as well as between their siblings. Understanding these differences can fully protect them against vaccine-preventable diseases.Read More..

Children who are diagnosed with autism spectrum disorder (ASD) and attention-deficit/hyperactivity disorder (ADHD) are at an increased risk of developing anxiety and mood disorders, finds a new study.Read More..

Comments should be on the topic and should not be abusive. The editorial team reserves the right to review and moderate the comments posted on the site.
gaushi

Medindia offers a milestone chart for the growing child, by which we can determine the activities of the baby at various stages of the growth.

Dyslexia is a reading disability that occurs when the brain does not properly recognize and process certain symbols.

Is your child inattentive, careless and hyperactive or exhibiting behavioral problems? Test your child for ADHD symptoms using this ADHD Test Calculator and find out if your child needs the help of a specialist.

Communication disorders are characterized by a dysfunction in speech, language or sound processing.

It is difficult to distinguish between the myths and facts where autism is concerned. Test your knowledge on the facts of autism with this ... 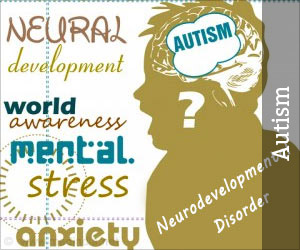 This medication is an atypical antipsychotic and antidepressant, prescribed for schizophrenia and depression. It regulates ...

This medication is an atypical antipsychotic, prescribed for Asperger's syndrome (difficulties in social interaction), ...

This medication is an antipsychotic agent, prescribed for schizophrenia (a mental illness that causes disturbed or unusual ...