Asthma in Children and Adults

Information About Asthma in Children and Adults

Asthma affects 17.23 million people in India and the number rises every year. It is characterized by severe wheezing and breathlessness that vary in their degree of severity from one individual to another.

The air passages in the lungs are inflamed while the nerve endings are sensitive, which become prone to irritation. When the linings of the passages swell, it leads to constriction of the passages, lowering the amount of air entering in and out of the lungs.

Anatomy of the Lung

Air is inhaled through the nose, which then passes through the pharynx, larynx and the trachea. The trachea branches into two bronchi just before it enters the lung. Within the lung, the bronchi branch into smaller secondary bronchi. The secondary bronchi branch into three bronchi in the right lung and into two bronchi in the left lung.

The bronchi branch out into smaller units called bronchioles and the terminal bronchioles have the ability to dilate and are elastic. The bronchioles have alveoli at their end, which are the functional units of the lungs that aid in the exchange of air. These alveoli are present in clusters called the alveolar sacs.

1. Traffic Pollution Poses Yet Another Increased Risk Of Asthma In Kids

Asthma risk in kids have been increased up to three times due to traffic pollution, finds a new study. Odds of getting asthma have increased by three times in kids, even if they live within football field's length of major roadways.

Asthma is a chronic disease that leads to the inflammation of the lungs.

Asthma in Children and Adults

The primary step in asthma treatment is to identify the irritant that triggers asthma. This could be due to a number of agents, and eliminating one by one to find the source would aid in avoiding it.

Asthma symptoms should be closely monitored at home to understand the rhythm and to safeguard against severe trauma.

What are the Symptoms of Asthma?

The symptoms of asthma include:

What is an Asthma Action Plan?

Untreated asthma, especially severe flare ups can be dangerous. To help the patient and to give caregivers and colleagues a better understanding of the medical condition and the required support in the event of an emergency, an asthma action plan needs to be charted out.

Asthma action plans should be written down clearly and an action plan will vary from one child to another.

Patients may go through period of no symptoms of asthma, but there could be periods when asthma symptoms are more severe and spaced close to each other. The affected person may find it difficult to speak, sit or even eat.

The bronchi and the bronchioles for an asthmatic patient are inflamed but during an asthma flare up, they become even more pronounced. A lot of mucus begins to clog the important airways and the muscles around these airways become tighter, this makes breathing very difficult.

Is Inhaler Better or Nebulizer?

Both an inhaler as well as a nebulizer deliver medication are equally effective. The method of intake of medication depends upon the convenience of the patient.

A nebulizer delivers the medications when the child/adult fits the mask onto the face. There is a visible mist of medication that passes through the mask and which the child can inhale.

An inhaler is more for an older child or adult who can operate the inhaler and can inhale the medication. There are monitored dose inhalers that provide specific concentrations of the drug and which can be used by children as well as adults.

Facts About Maintaining Your Inhaler

A child or adult with asthma should never miss asthma medications as it could lead to dangerous flare-ups, even if the symptoms seem to abate for a period of time, without consulting a medical practitioner.

In some patients, the use of normal bronchodilator inhalers are not helpful in controlling the symptoms. In that case, your doctor might prescribe you a steroid inhaler.

The way these steroids work is that it reduces your bodys immune response to the allergen and might give a better control over your condition.

But the frequent fear that prevails among the people are about steroid side effects and that it outweighs the benefits of the medicine. But thats a myth. One reason is that the side effects which everyone talks about are common only in oral pills and injections and what we use here are the inhalers (acts locally).

Here are some of the myths and facts about steroid inhalers:

Latest Publications and Research on Asthma in Children and Adults 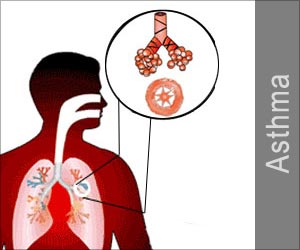 Tests for Asthma
Do you find it difficult to breathe especially during the cold weather? You may need to get tested for asthma, a respiratory condition that is induced by allergies.
READ MORE
Sign up for Wellness Consult a Doctor Sign up for Selfcare

Drugs for Asthma in Children and Adults