Anthrax is an infectious and potentially fatal disease caused by the bacterium Bacillus anthracis. It spreads when the anthrax spores are inhaled, ingested, or come into contact with the skin lesion on a host.

The symptoms range from fever, flu-like symptoms, abdominal pain or appearance of a sore on the skin. There are effective vaccines against anthrax. Some forms of anthrax respond well to antibiotic treatment.

In the mail handling processing sites, B. anthracis spores may be aerosolized during the operation and maintenance of high-speed, mail sorting machines potentially exposing workers. In addition, these spores could get into heating, ventilating, or air conditioning systems.

Anthrax as a weapon:

Anthrax can also be used as a weapon. This happened in the United States in 2001. Anthrax was deliberately spread through the postal system by sending letters with powder containing anthrax. This caused 22 cases of anthrax infection.

Latest Publications and Research on Anthrax

Anthrax Vaccine Adsorbed
This medication is an active immunization agent for the prevention of disease caused by Bacillus anthracis, in persons between 18 and 65 years of age whose occupation or other activities place them at high risk of exposure. ...
READ MORE 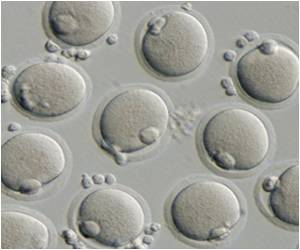 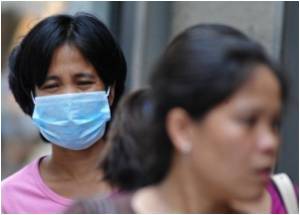 How The Immune System Holds Off Against Anthrax
Scientists at the University of California, San Diego School of Medicine and Skaggs School of Pharmacy and Pharmaceutical Sciences have uncovered how the body''s immune system launches , Anthrax
READ MORE 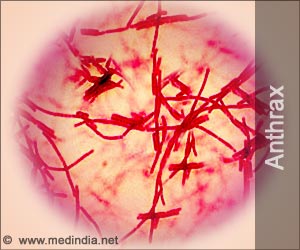 Quiz on Anthrax
Anthrax is a disease usually seen in animals but also affects the humans. It is caused by a spore forming bacteria . Test your knowledge on anthrax by taking this Quiz ...
READ MORE 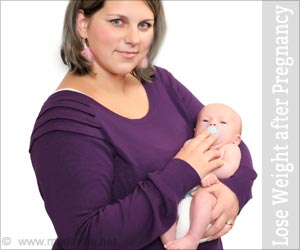