What is an Aneurysm?

An aneurysm is an abnormal ballooning in blood vessels usually in the wall of arteries.Growing aneurysms increase the risk of rupture and sudden internal haemorrhage which can be dangerous and sometimes fatal. 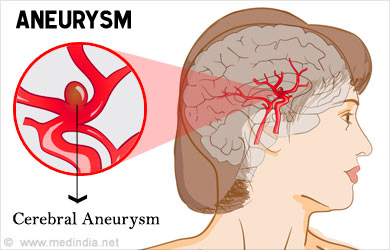 There are three types of arterial aneurysms:

There are several causes of aortic and cerebral aneurysms, which include genetic and acquired cause.

Causes of aneurysms include: 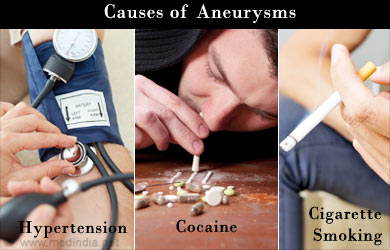 Symptoms depend on the size and location of the aneurysms. Some aneurysms do not show any symptoms. Very small aneurysms may go totally unnoticed. 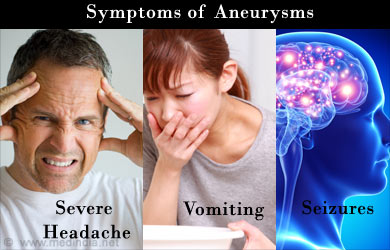 A cerebral aneurysm when ruptured causes internal bleeding in the brain leading on to a hemorrhagic stroke. It can also cause leakage of blood in the areas surrounding the brain.

Most aneurysms are asymptomatic and diagnosed by chance when the patient is being diagnosed or treated for other conditions. The usual tests to detect an aneurysm include: 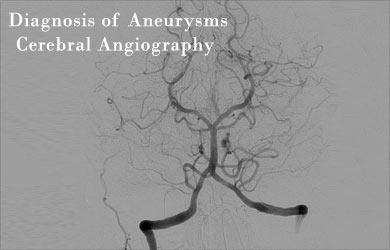 Treatment is necessary to prevent aneurysms from rupturing. Sometimes, monitoring and drug therapy may be effective. For example, beta blockers may slow down the growth of aneurysms in Marfans syndrome. Surgery is usually the most effective and successful way to treat an aneurysm. However, surgery may not always be possible in the presence of other risk factors such as sensitive location of the aneurysm, patient age or other co-morbidities.

Endovascular surgery is a less invasive technique to repair an aneurysm. A graft (woven tube) is inserted into the aorta via a catheter. This strengthens the aorta and prevents the aneurysm from rupture. Patient recovery is faster with this technique. 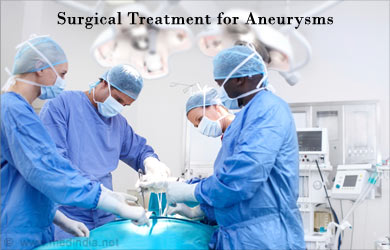 Understanding the risks and taking precautions is the best way to prevent complications from aneurysms. If you have a family history of heart disease or strokes, it is better to get evaluated for risks and follow a healthy lifestyle.

Lifestyle changes include healthy eating and sufficient exercise should be incorporated in the daily routine. It is also important to stop smoking. Managing blood pressure is also an important factor in preventing risks and complications from an aneurysm.

Latest Publications and Research on Aneurysm

Ignoring Stomach Pain Could Prove Fatal, Says Expert A senior cardiologist in Kolkata has warned that stomach pain should not be ignored as it could be a sign of a more critical ailment.

Aneurysmal Subarachnoid Hemorrhage Treatment Gets a Formal Protocol A formal protocol for delivering emergency treatment to patients with subarachnoid hemorrhage from ruptured aneurysms, within first few hours after bleeding, has been developed.

Cluster Headache Cluster headaches are characterized by repetitive headaches that occur for weeks to months at a time, followed by periods of remission. Men are affected more commonly than women.

Possible Cure For Aneurysms Developed by Researchers Using Polymer Foam Foam shape memory polymers that could cure Aneurysms have been developed by researchers.

Craniotomy - Surgical Procedure Craniotomy is a surgery where an opening is made in the skull to access deeper structures including the brain.

Abdominal Aortic Aneurysm The dilatation and localized bulging of a part of aorta in the abdominal part of patient's body owing to weakness of its walls is called abdominal aortic aneurysm.
Sign up for Wellness Consult a Doctor Sign up for Selfcare
Advertisement
Health Topics A - Z
A B C D E F G H I J K L M N O P Q R S T U V W X Y Z