Tangle: Aggregates of hyperphosphorylated tau protein that are most commonly known as a primary marker of Alzheimer's disease

Dementia: A chronic disorder of the mental processes caused by brain disease or injury and marked by memory disorders, personality changes, and impaired reasoning.
Published on Nov 18, 2014
Last Updated on Nov 25, 2019

Comments should be on the topic and should not be abusive. The editorial team reserves the right to review and moderate the comments posted on the site.
momandkidz

Researchers in Europe and S.America showed that a special combination of natural ingredients was reversing dementia and Alzheimer's in even late stages. It worked..but when the drug makers found out that all the ingredients were natural and they could not profit off the diet they dropped the researchers. The diet was still online in many countries, it worked just google "MAL ALZHEIMER"

Alzheimer's disease is an irreversible age-related brain disorder that destroys the memory associated with the ability to carry out even the simplest tasks. Here are some facts and figures on Alzheimer's disease.

Alzheimer''s begins with forgetfulness, but over time affects speech and coordination along with drastic behavioral changes. The right diet may lower your risk by 40%. So isn''t a diet change worth it?

There are numerous genes that have been discovered that are associated with Alzheimer's disease and indicate increased risk, aiding genetic counseling and better care.

MIND diet is a healthy meal plan which is designed to lower the risk of Alzheimer''s disease, improve cognition and to sharpen memory.

Explore the various health advantages of Bacopa Monnieri. All parts of this medicinal herb can be used for therapeutic benefits. 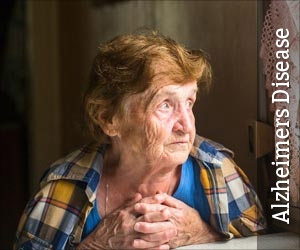 Astaxanthin is an antioxidant and a carotenoid that has potential benefits in Alzheimer's disease, Parkinson's disease, ...

This medication is a medical food, prescribed for Alzheimer's ...

This medication is a cholinesterase inhibitor, prescribed for dementia of Alzheimer's ...

This medication is an ergot alkaloid, prescribed for symptoms of declined mental capacity (dementia) and age-related ...

This medication is a succinimide anticonvulsant, prescribed for ...