What is Airplane Ear?

Airplane ear is a ear condition that occurs in situations associated with sudden changes in environmental air pressure. Under normal conditions, the air pressure maintained inside the middle ear is the same as that of the environment.

During takeoff on a flight or while landing, there is a sudden change in external air pressure that creates a pressure difference between the middle ear and the outside, resulting in airplane ear. Airplane ear is also called ear barotrauma, ear popping, barotitis media, pressure related ear pain or eustachian tube dysfunction.

Middle Ear: The middle ear contains three bones that are essential for hearing. The bones are connected to each other and are:

A tube called the Eustachian tube connects the back of the nose to the middle ear. This helps to maintain equal air pressure on either side of the eardrum.

Inner Ear: The inner ear contains specific compartmentalized areas that are specialized for the purpose of hearing and maintenance of balance.

When a sound wave enters the ear it vibrates the eardrum. This leads to the three hearing bones transmitting the sound waves to the special fluid present in the inner ear. This results in the initiation of a nerve impulse that travels to the brain via the auditory nerve, the nerve responsible for hearing.

The inner ear plays an important role in balance. There are three semi-circular canals in the inner ear that aid in balance. These canals are filled with fluid and lined with specialized cells. When there is a movement of the head, the sensors send nerve impulses to the brain, letting the brain know if there is movement or where in space the individual is.

What are the Causes of Airplane Ear?

Airplane ear is associated with conditions and situations that lead to a difference in air pressure on either side of the eardrum. These include:

What Happens During Airplane Ear?

Stephen Chad Kanick and William J Doyle detailed what happens in an airplane ear in their article titled Barotrauma during air travel: Predictions of a mathematical model and published in the Journal of Applied Physiology.

When the gas flow across the Eustachian tube does not lead to a leveling of pressure quickly, it can lead to a pressure difference between the middle ear and the outside. This could result in changes in the ear like:

What are the Symptoms of Airplane Ear?

The symptoms of airplane ear are:

How do you Diagnose Airplane Ear?

Airplane ear is usually diagnosed based on the history and symptoms obtained from the patient.

Otoscope: This is an instrument with light that is used to examine the ear. The signs that are generally looked out for using an otoscope are:

Audiometry: This is a test performed to estimate the individuals ability to hear. Audiometry test is recommended when there is loss of hearing.

How do you Treat Airplane Ear?

Airplane ear can usually be managed with simple techniques. Yawning or swallowing helps to open the Eustachian tube, reducing the pressure difference and the symptoms associated with it.

In this maneuver, the nostrils of the nose need to be closed by pinching them together with your fingers. The mouth should also be firmly closed. Now, air should be forced into the nose, which will then open the Eustachian tube.

In rare cases, the symptoms may persist despite the above methods and the patient may require further treatment.

Airplane ear that is caused due to prolonged cold or due to allergies will have to be treated with medications to control cold as well as allergies.

Surgery is very rarely necessary. However, a myringotomy is performed, in severe cases, on the ear drum to ease the pressure as well as to remove the accumulated fluids. Myringotomy is a surgical procedure of the eardrum.

Here are some ways to prevent airplane ear:

Ear pain is either due to a condition that affects the ear, or is referred from the surrounding areas. Common causes of ear pain include ear infection, trauma or inflammation of the ear.

Ear infection is very common in babies and young children. The type of ear discharge depends on the underlying cause.

Ear converts sound waves into electrical impulses that are transmitted to the temporal lobe of the brain through the auditory nerve. It consists of outer, inner and middle sections. 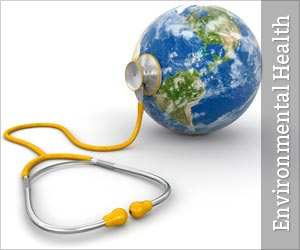 Acetaminophen or paracetamol helps to reduce fever and to relieve a headache with mild to moderate pain. It is also used ...

This medication is a nonsteroidal anti-inflammatory drug (NSAID), prescribed for mild to moderate pain, inflammation and ...

This medication is a non-opiate, analgesic and antipyretic, prescribed for headache, pain (muscle ache, backache) and fever ...