If you have and you suspect that you are pregnant dont lose time! Contact your doctor at the earliest!

The Acquired immune deficiency syndrome (AIDS) is brought about by the deadly retrovirus-the human immunodeficiency virus (HIV). In the USA alone an estimate of 120,000 - 160,000 women are HIV- infected and most are even unaware of it. In India women account for 38% of HIV cases.

In the year 2007 it was estimated that there were 2.1 million children worldwide who were infected by HIV and in almost 85-90% the infection occurred due to mother-to-child transmission. 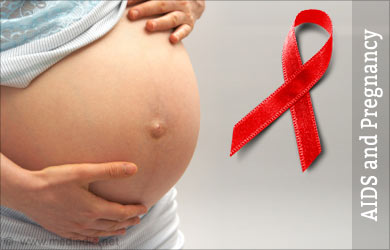 HIV is mostly transmitted in the following ways:

It takes a minimum of 3 months for a person to develop antibodies to HIV. This phase is called the window period and, any diagnostic test would show the correct result only after that window period.

If antibodies against HIV are detected during blood tests then that person is reported to be HIV-positive. Although this status does not mean that the person has AIDS, a HIV positive individual is capable of transmitting the virus to others.

People who are HIV - infected do not display the symptoms immediately. The period between HIV infection and developing full- blown AIDS may be anything between 3 months to 17 years.

HIV works by destroying the immune system of the infected individuals who then become prone to dangerous and life-threatening conditions such as lymph node tumors and pneumonia. But with improved drugs in the market, the prognosis for AIDS patients has vastly improved.

The bottom line is that pregnancy does not necessarily make the mother's HIV disease any worse, however the mother or the couple in such situations need to be counseled about her own health and health of the baby. Long term results of treatment, its possible side-effects and outcomes should also be discussed.

Although it is recommended that all adults who are between 13 and 64 years are screened for HIV, It is mandatory that all women be screened for HIV well before their conception. If that is not possible then the screening must be done during pregnancy. This is to ensure that appropriate treatment can be carried out to protect the baby.

Studies have revealed that drug treatment during pregnancy benefits women who are HIV- infected. It is therefore advisable for all women who are pregnant, with special emphasis on the high risk group, to be routinely checked for HIVs presence and to repeat the screening during the third trimester. This will help to protect the babies of those infected from acquiring the infection.

Latest Publications and Research on AIDS and Pregnancy

Drugs in Pregnancy and Lactation
During pregnancy & lactation a nutritious diet, suitable exercise, adequate rest and a tranquil mind help both the mother and fetus and drugs should be avoided.

Pregnancy and Antenatal Care
What is Antenatal care and its importance during pregnancy for mother and baby, with details on the medical test preformed during the first visit to the doctor.

Nutam (400mg) (Piracetam) Noscaphene (Noscapine) Find a Hospital Drug Side Effects Calculator Blood Donation - Recipients A-Z Drug Brands in India Color Blindness Calculator Turmeric Powder - Health Benefits, Uses & Side Effects Drug - Food Interactions The Essence of Yoga
This site uses cookies to deliver our services.By using our site, you acknowledge that you have read and understand our Cookie Policy, Privacy Policy, and our Terms of Use  Ok, Got it. Close