What is Adult to Child Liver Transplantation?

The success of pediatric liver transplant (LDLT or DDLT) in the first year after transplant. Generally depends on the age of the child is as follows:

The success rates are lower in smaller children because the procedure becomes increasingly technically difficult with smaller transplanted liver segments.

In the US where pediatric patients account for about 12.5% of liver transplant recipients, there is a documented 75% patient and 60% graft survival at 10 years. The first human liver transplantation was first performed in 1963 by Dr. Thomas Starzl of Denver, Colorado, United States. But it was not until 1967 that the first short-term success of one-year survival post transplantation was achieved. In India, the first pediatric liver transplant was performed in 1998 and acceptable short term results (over one year) have been reported to date. Reliable long term outcome data (greater than one year post transplant) are lacking from India.

The adult donor is usually a family member (the patients mother or father) and this donor must be completely physically fit, blood type compatible with the recipient and the donated liver segment must be size compatible (i.e., not too large) for the recipient. The donor and recipient operations proceed simultaneously where one surgical team removes the liver segment from the donor (usually the left lateral segment of the liver or 25% of the donors liver mass) and a second team performs the transplant involving removal of the entire diseased liver in the child and replacing it with the liver segment from the donor. The donor stays in the hospital 5-10 days after the donor hepatectomy and the recipient stays in the hospital 2-3 weeks after the transplant if all goes well.

The liver has the remarkable ability to regenerate quickly, so the donors liver will grow back to its original size within 1-3 months and the transplanted liver segment in the child will continue to grow as the child grows. The adult donor can be expected to have completely normal liver function for the rest of their lives provided that they were screened carefully for any underlying liver disease (such as fatty liver disease) and that there were no serious surgical complications.

Acute liver failure in children is rarer and can be cryptogenic in origin (unknown cause but usually an undetectable viral infection), drug toxicity, Wilsons disease, hemachromatosis, autoimmune hepatitis or tyrosinemia. Transplantation in the setting of acute liver failure is much more urgent because the patients liver suddenly stops working completely. The survival results with adult to child liver transplant for acute liver failure are lower compared to chronic liver failure, but can be life saving in greater than 60% of cases.

Children with liver failure can suffer from coagulopathy (thinning of blood), encephalopathy (mental status changes ranging from confusion to full coma), high levels of acid in the blood (acidosis) and renal failure.

Overall, the mortality without liver transplant is >80% compared to a 75-80% survival with transplant.

As mentioned above, only 25% of donor liver tissue suffices for an adult to child transplant, so the donors surgery (lasting 3-4 hours) is safe. In adult to adult liver transplant, where 60% of the liver must be removed, the risk of a donor death during or shortly after surgery is estimated to be as high as 0.4%, but this risk is far lower (by at least 100 fold) in adult to child transplant. Potential complications other than death include bleeding, infection, bile leak and incisional hernia.

The transplant procedure involves removing the recipients old liver and replacing it with the new segment, connecting the blood vessels and bile duct so that the liver functions normally. The smaller the child, the more technically demanding the procedure, but excellent results are reported in established programs throughout the world.

Many of these complications can be managed without any further surgery however some may require re-exploration surgery.

What are the Signs and Symptoms of Liver Transplant Rejection?

Tacrolimus, a calcineurin inhibitor that diminishes T cell immune activity, must be taken life long, but doses can be significantly reduced over time.

Mycophenolate mofetil, an antimetabolite drug that slows the growth of rapidly dividing cells, is used for the first year then discontinued.

Steroids can be rapidly tapered off after transplant and this is especially important to do so to avoid adverse side effects of this drug in children.

Rejection of the liver is asymptomatic in its early stages, so it is important to follow blood tests carefully to detect and treat rejection before it becomes too severe. Symptoms of advanced liver rejection include jaundice, itching, malaise and anorexia. Liver transplant rejection is almost always treated successfully, even in severe cases. 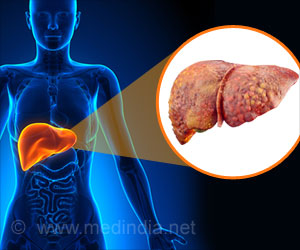