What is Adjustment Disorder?

Adjustment disorder is usually considered less severe than other mental illnesses like major depression and bipolar disorder. The individual may also show symptoms related to disturbance of emotion and/or conduct, depressed mood, and /or anxiety. 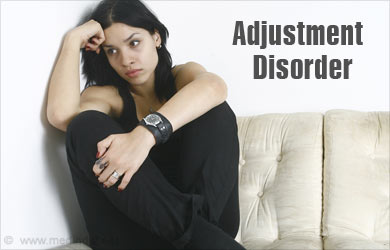 There are several situations that can trigger an adjustment disorder. Examples include loss of job, separation from spouse, change of school, detection of a major illness like cancer etc. A normal reaction to the death of a loved one does not qualify for adjustment disorder. Adjustment disorder occurs when an incident results in severe and more than expected distress to the individual and interferes with his/her work and social life. The patient does not suffer from other psychiatric disorders that could be causing this reaction. Symptoms usually appear within 3 months of the incident and subside within 6 months following its termination. In some cases, the condition may last for a longer duration of more than 6 months and can result in chronic adjustment disorder.

What are the Causes of Adjustment Disorder?

Adjustment disorder is a psychological disorder that occurs as a response to a stressful change like loss of job, separation from spouse, etc. Children may be affected due to change in school, divorce of parents, etc. However, such changes in life may not cause adjustment disorders in all individuals. Its the patients reaction to the incident that can bring about symptoms of adjustment disorder. The reaction depends on the underlying personality of the patient and ability to deal with situations.

What are the Symptoms and Signs of Adjustment Disorder?

Depending on the type of adjustment disorder, the clinical features may vary. The patient may experience symptoms of: 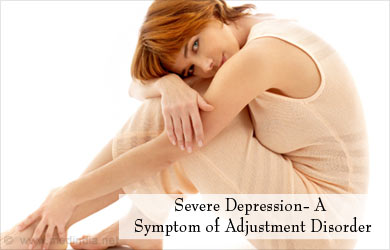 People suffering from adjustment disorder are at a higher risk of:

How to Diagnose Adjustment Disorder?

Adjustment disorder is diagnosed based on the clinical features of the patient. A preceding stressful situation can usually be detected by careful questioning. Other psychological disorders should be ruled out by a thorough mental evaluation of the patient.

How do you Treat Adjustment Disorder?

Treatment of adjustment disorder is mainly via psychotherapy. Several forms of psychotherapy have been tried out like cognitive behavioral therapy, family therapy etc. 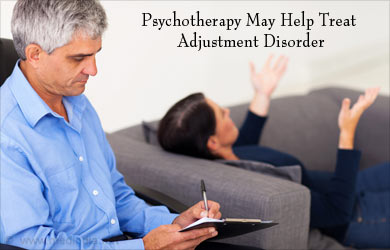 There are no definitive medications for the treatment of adjustment disorders. Antidepressants have been used in several trials. Treatment of associated disorders like anxiety may need appropriate medications.

Stress Busters Today most of us are under stressful situations which is hard to avoid.Explore our simple and inexpensive stress relief tips.

How Does The Body React To Stress Physical symptoms of stress on the body are varied, ranging from hormonal changes to changes in the nervous system, manifesting as the flight-fight-freeze response.

Quiz on Depression The World Health Organization reports that depression is one of the main causes of disability affecting about 121 million people worldwide. More tragically, it claims around 850,000 lives every year. Hence, it is important that we understand this ...

Depression Depression is one of the most common mental disorders affecting approximately 340 million people in the world. No one is immune from depression - it occurs in people of all social classes, all countries and all cultural settings.
Sign up for Wellness Consult a Doctor Sign up for Selfcare
Advertisement
Health Topics A - Z
A B C D E F G H I J K L M N O P Q R S T U V W X Y Z