All You Need to Know about ADA2 Protein Deficiency

What is ADA2 Protein Deficiency? 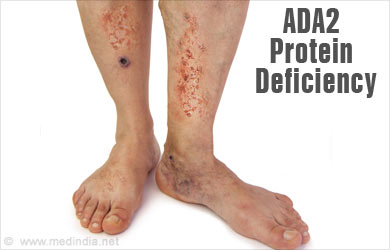 What are the Causes of ADA2 Protein Deficiency?

ADA2 deficiency is a genetic disorder that is inherited in an autosomal recessive pattern. Individuals with the deficiency have a defect in the CECR1 gene, which is responsible for the production of ADA2 enzyme. The defect has to be present on both pairs of the chromosome for the disease to be apparent.

A defect in the gene could possibly affect inflammatory cells, resulting in excessive inflammation. The ADA2 enzyme could also possibly play an important role in maintaining the lining of blood vessels, a deficiency of the enzyme thereby affecting blood vessels.

Currently, there are very few cases diagnosed with the ADA2 deficiency. However, the gene defect as a cause of the vasculitis has been recognized only recently. Researchers feel that several patients with polyarteritis nodosa may also have the underlying gene defect. Genetic analysis of these individuals could detect many more cases of ADA2 deficiency that have gone unnoticed.

What are the Symptoms and Signs of ADA2 Protein Deficiency?

ADA2 deficiency may be detected in childhood where it may manifest as polyarteritis nodosa at an early age. Milder cases may develop symptoms only in adulthood. Symptoms depend on the organ affected as a consequence of vasculitis. Organs like the digestive tract, nervous tissue and kidneys are often affected. Symptoms and signs of ADA2 protein deficiency include the following: How to Diagnose ADA2 Protein Deficiency?

DADA2 can be suspected based on the history and physical examination of the patient. It may be suspected in a child with vasculitis, especially if there is another sibling with the same condition. Blood tests may detect inflammation and low levels of ADA2 enzyme. Definite confirmation of the condition is through genetic testing, in which the defective gene can be demonstrated.

How Do You Treat ADA2 Protein Deficiency?

Treatment of ADA2 protein deficiency is currently based on the symptoms and organ affected. However, anti-inflammatory drugs directed against the specific inflammatory reaction may produce a better effect. Etanercept has been tried out in a few cases with good result. Replacement of the absent enzyme or bone marrow transplant for the condition may be possible in the future. These treatment options however require further study.

How Do You Prevent ADA2 Protein Deficiency?

Since ADA2 is a genetic problem, genetic counseling could be used to prevent its occurrence. The condition is inherited in an autosomal recessive pattern. This pattern requires that both the parents should have at least one defective gene to pass on the condition to their children. Thus, detection of the defective gene by genetic testing followed by proper counseling of the patient can help to prevent at least some cases of DADA2. 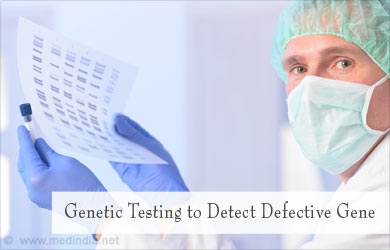 Dermatologic Features of ADA2 Deficiency in Cutaneous Polyarteritis Nodosa Mutations in the CERC1 gene associated with deficiency of ADA2 protein have been implicated in the pathogenesis of cPAN and early-onset vasculopathy.
Sign up for Wellness Consult a Doctor Sign up for Selfcare
Advertisement
Health Topics A - Z
A B C D E F G H I J K L M N O P Q R S T U V W X Y Z